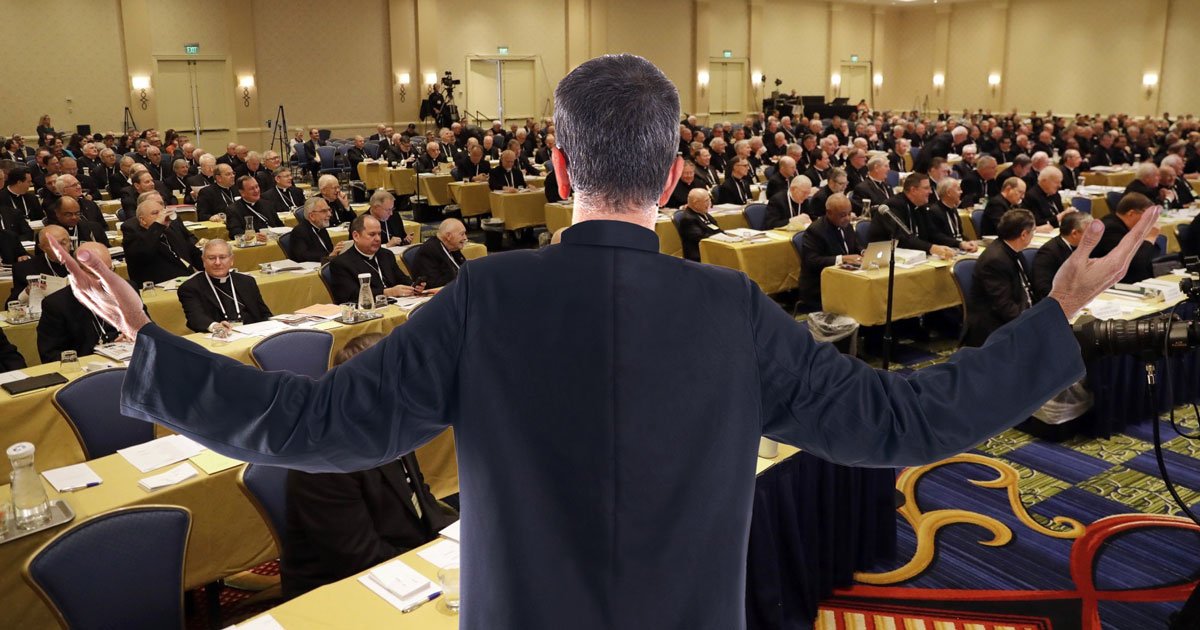 The recent Supreme Court leak detailing a potential overturn of Roe v. Wade has sparked a firestorm of condemnation against legalized child killing across the nation. Speaking out against this demonic practice and the high court leak were former President Donald Trump and numerous other Republican lawmakers. But conspicuously absent from this “dialogue” are our U.S. bishops. Despite the millions of America’s children who’ve lost their lives owing to legalized abortion since Roe, these Church leaders as a whole remain muzzled.

Only a handful of U.S. prelates have said a word in condemnation of Roe, the recent Supreme Court leak or the practice of abortion in general. To this silent majority, I say as a priest, and on behalf of my concerned fellow clerics, your silence condemns you!

Silent shepherds, you’re tasked with caring for God’s flock. But your grave dereliction in this God-given duty to uphold Church doctrine regarding the dignity of all human life — beginning with conception — is damning.

As a priest, I pray that before your lives come to a close, you repent of this grievous sin that cries to Heaven.

Why have so few of you prelates spoken out against Roe during this recent skirmish? In this war against the unborn, why do you remain mute? Yet, you admonish Russia’s President Vladimir Putin for his war against Ukraine, a war that’s caused far fewer causalities than the millions of babies lost since this abortion-induced bloodbath swamped Western society some 60 years ago.

TAKE ACTION: Contact your bishop and urge him to speak-out regarding against Roe.