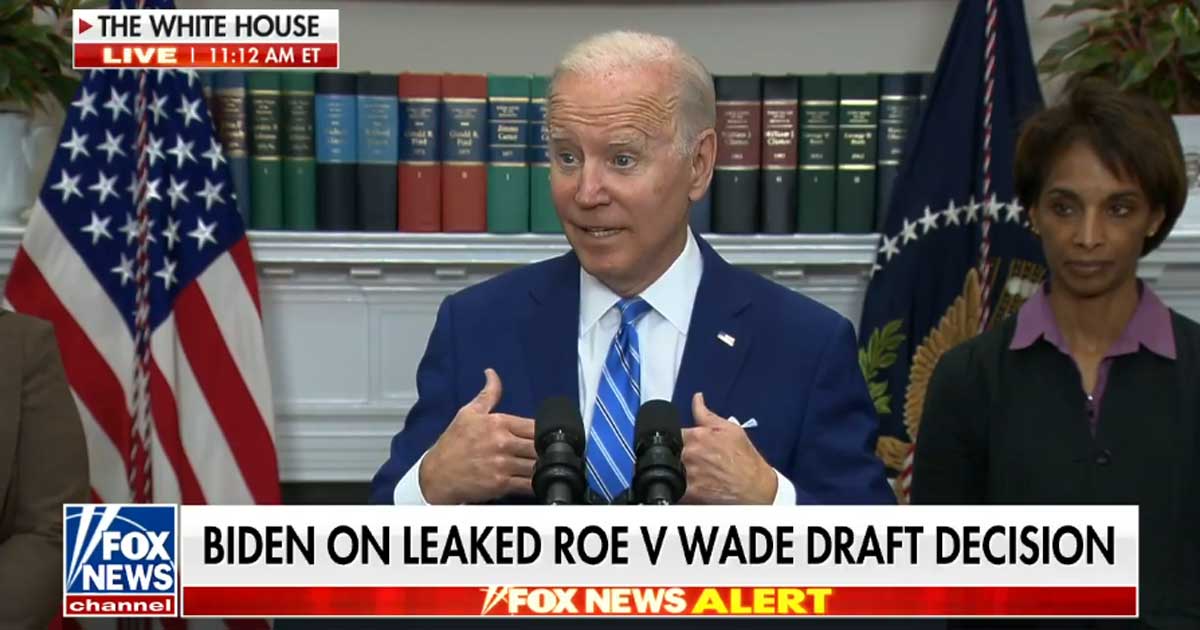 Conservatives on Twitter were appalled Wednesday after President Joe Biden defended abortion by appealing to his natural rights as a “child of God.”

One claimed that the president “just made the case against abortion” in his efforts to stump for it.

‘Devout Catholic’ Biden’s latest rhetorical blunder happened while talking to the press Wednesday when he elaborated more on his stance on the leaked Supreme Court opinion draft that seems poised to overturn Roe v. Wade.