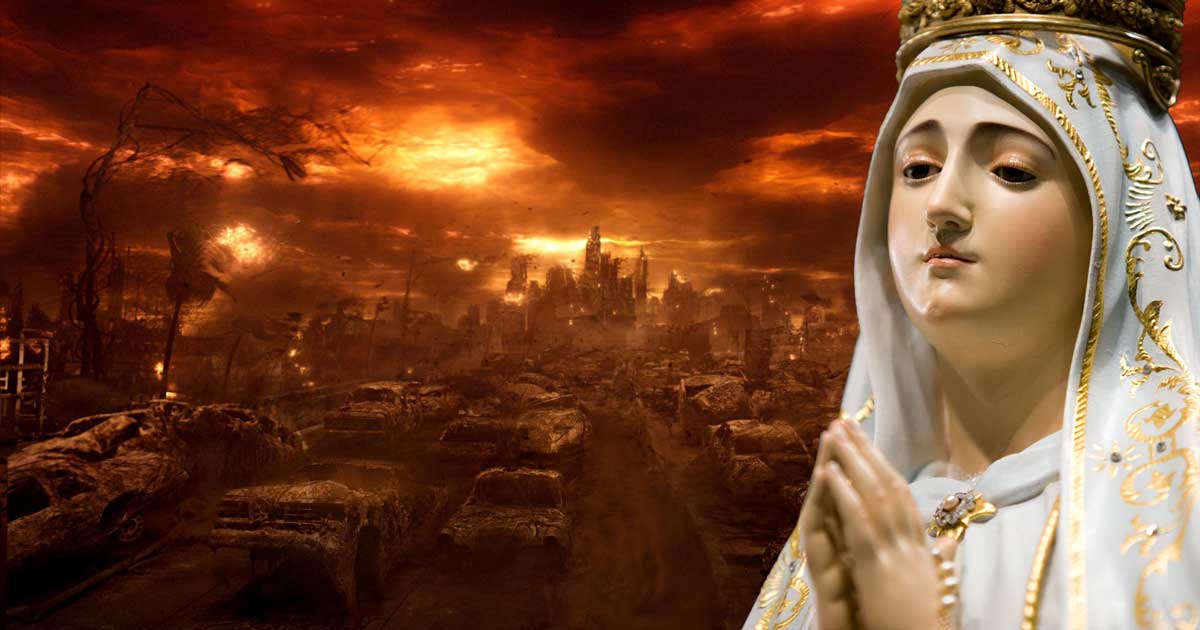 On December 26, 1957, Fr. Augustin Fuentes (postulator for the causes of beatification of the Fatima seers, Francisco and Jacinta) interviewed Sister Lucia, the eldest Fatima seer. As Fr. Karl Stehlin describes in his Fatima: The Great Secret of Fatima (volume III), the progressive authorities in Rome soon thereafter sought to discredit Fr. Fuentes and his interview, which should give us some indication of its importance today:

“Why then such a strong reaction to this text? First, this text placed Sister Lucia among the prophets of doom whom John XXIII condemned in his speech at the opening of the council. The Pope, therefore, must not have liked what she was saying. Regardless . . . Sr. Lucia revealed certain details of the Third Secret in this interview.”

As we can see from the following excerpts from the interview, Sister Lucia spoke of the great crisis of Faith, which became so clear with Vatican II and in the decades that followed. Even more importantly for us, Sister Lucia’s words from 1957 may be the most vital warning we have about our immediate future.

Dire State of World, in 1957, and Now. “Father, the Most Holy Virgin is very sad because no one has paid any attention to her message, neither the good nor the bad. The good continue on their way but without giving any importance to her message. The bad, not seeing the punishment of God actually falling on them, continue their life of sin without caring about the message. But believe me, Father, God will chastise the world and this will be in a terrible manner. The punishment from Heaven is imminent. . .”

As bad as the world was in 1957, it is incomparably worse today — we see this everywhere we look. We deserve much more punishment today but we are generally oblivious to the need to reform our lives. If punishment from Heaven was imminent in 1957, who can feel great confidence that we will make it through 2022 (or even May) without God chastising the world?

Corruption of Clergy Afflicts Jesus and Mary and Leads to Damnation of Laity. “That which afflicts the Immaculate Heart of Mary and the Heart of Jesus is the fall of religious and priestly souls. The devil knows that religious and priests who fall away from their beautiful vocation drag numerous souls to Hell . . . The devil wishes to take possession of consecrated souls. He tries to corrupt them in order to lull to sleep the souls of laypeople and thereby lead them to final impenitence. Resulting from this is the sterility of the interior life, and among the laypeople, coldness regarding the subject of renouncing pleasures and the total dedication of themselves to God.”

The corruption of the clergy has been on full display for decades, and the closing of churches during the pandemic made it even more evident. Crucially, Sister Lucia identified a little-appreciated consequence of this corruption as it relates to the laity: “coldness regarding the subject of renouncing pleasures and the total dedication of themselves to God.” Do we find it surprising that the Immaculate Heart of Mary and the Heart of Jesus would be afflicted by our coldness in renouncing pleasures and dedicating ourselves totally to God? If so, perhaps this is because, as Sister Lucia indicates, the devil has been successful in corrupting the clergy who should be calling all Catholics to be generous with God. As both a cause and effect of the continual disregard of God and the messages of Our Lady, our shepherds often act as though they would scandalize us if they preached that we must turn to God as saints. Tragically, this is the one message we need desperately today.