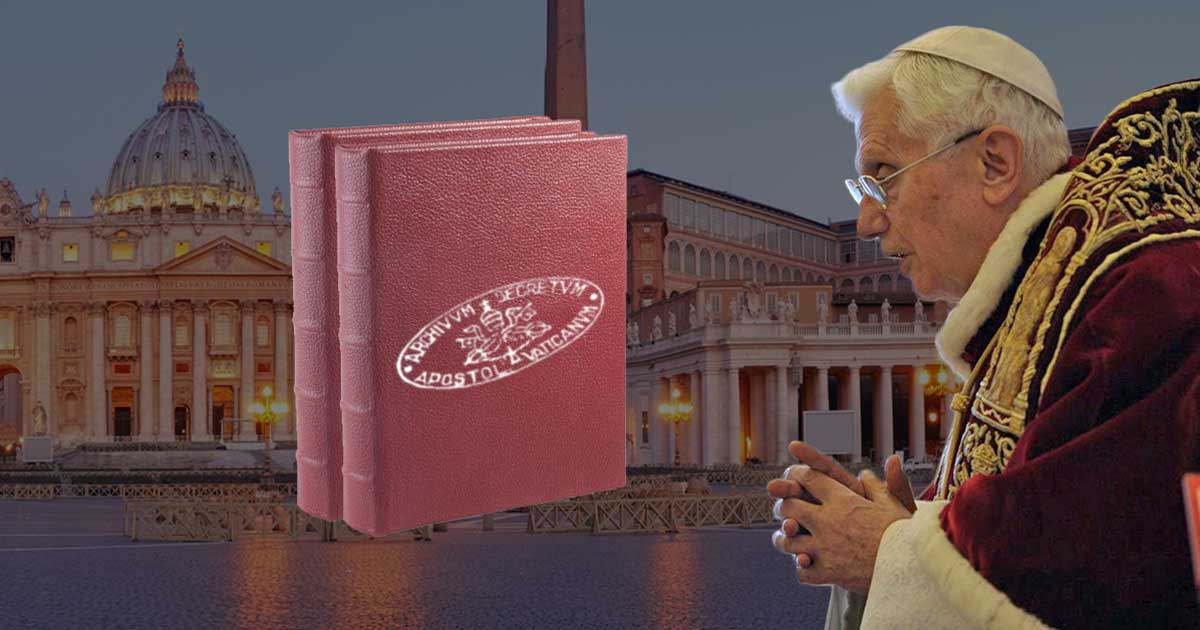 Once upon a time, in the tiny Vatican City State, Benedict XVI, the soon-to-abdicate Pope, ordered his three most trusted confidants to undertake a top-secret investigation into the financial, sexual, and moral scandals at the Vatican.

Names were named, events catalogued, and documents recorded into the report. It was an exhaustive undertaking, which shattered the investigative team’s confidence in the personnel, the prominent prelates, and clergy embroiled in immorality, financial misconduct, and other nefarious intrigues. Surely, the investigators uncovered plot lines and schemes to rival a Dan Brown novel—a veritable who’s who in the powerful homosexual Vatican lobby.

In December of 2012, the 300 page report was delivered to Benedict XVI. The dossier contained explosive information regarding endemic financial fraud and sexual crimes among the Vatican prelates, clergy and employees.

The report was dubbed the “Red Dossier.” The two-volume red leather bound dossier detailed explosive findings and a firestorm smoldered in the Vatican as the faithful awaited a response from Pope Benedict.

Yet, the response would shatter the Catholic world. No one expected the next red shoe to drop.

A mere 2 months after his receipt of the Red Dossier, on Feb. 11, 2013, Pope Benedict shockingly announced that he was retiring from the papacy. Immediately, the media speculated that the scandalous and salacious Red Dossier drove the pontiff into retirement. However, Benedict denied that the dossier caused his retirement. He announced that he no longer possessed the energy to properly conduct his papal duties.