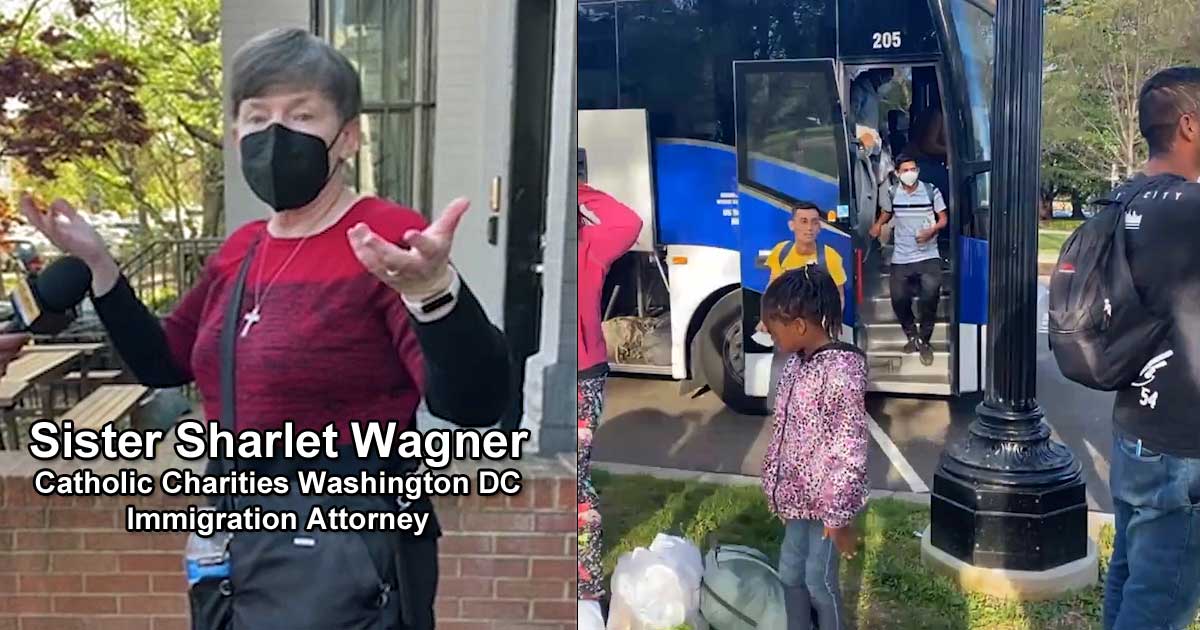 Catholic Charities of the Archdiocese of Washington has been aiding migrants arriving at the nation’s capital for the past week after Gov. Greg Abbott (R) began transporting them out of Texas in an effort to combat surges of illegal border crossings.

Catholic Charities’ Sister Sharlet Wagner, who is also an immigration attorney, said her group’s goal is to be a “compassionate presence” as she spoke to the media Friday after the third charter bus of migrants traveling from Texas to D.C. had arrived.

The group had been present on Wednesday and Thursday when the first and second buses from Texas had arrived, Wagner confirmed, adding, “We are just focused on helping the people who are in front of us, meeting their needs.”

Catholic Charities USA, the national affiliate of Wagner’s group, is part of the catch and release network of government-funded and business-backed nongovernmental organizations (NGOs).

The huge network uses government and donor funds to transport and settle the growing inflow of illegal and quasi-legal migrants, who are typically being delivered to the border by human smugglers, also known as coyotes. The network provides travel aid, shelter, and food to the migrants as they seek jobs, homes, schooling, government aid, and legal residency throughout the United States.

The migrants who had arrived in D.C. told Breitbart News they were from Venezuela and Colombia. One family also said they were from Nigeria and that they were hoping to purchase a train ticket from Union Station to Baltimore.

TAKE ACTION: Contact Catholic Charities of Washington DC at 202-772-4300 and let them know what you think of their involvement in Trafficking illegal aliens.