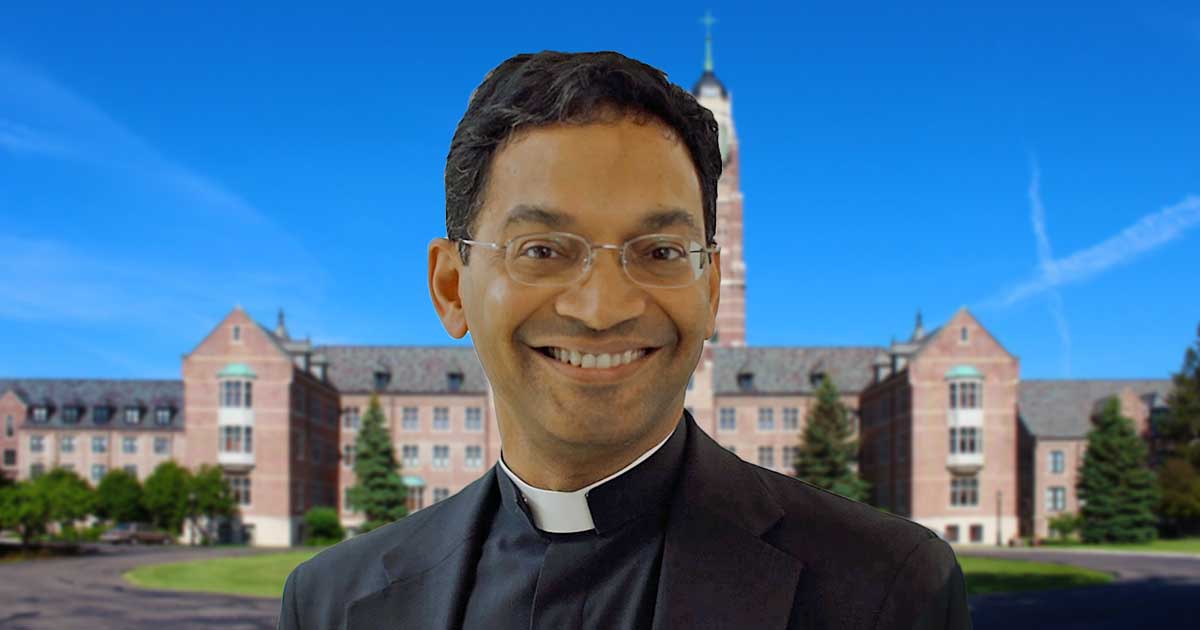 The book, God Fearing Souls, reported that the Pontifical College Josephinum in Columbus was a hotbed of homosexual seminarians in the 1990s under then rector Blase Cupich.

The bishop-elect of Columbus, Ohio, has challenged the admission of men with homosexual tendencies into seminaries, vigorously defending Pope Benedict XVI’s ban on ordaining gays as priests.

Father Earl Fernandes, the first priest of Indian origin to be appointed a bishop in the United States, warned against the priesthood being seen “as a refuge for those who would not desire marriage,” given “the continual devolution of sexuality in the culture.”
Benedict’s Instruction

In an academic book titled Seminary Formation and Homosexuality, Fernandes argues that, according to Benedict, even “support of the homosexual movement” is sufficient “to disqualify a candidate from the priesthood.”

“Such a person cannot be judged to have the requisite affective maturity demanded of the priestly vocation and cannot properly assume the role of father and spouse,” writes the priest. The 44-page book is an elaboration of his earlier journal article on the topic.

Fernandes demonstrates how Benedict’s comments prohibiting homosexuals in seminaries in his book Light of the World “do not represent a new teaching of the Church.”

The former pontiff’s comments are “perfectly consistent with the Church’s doctrine and norms regarding homosexuality and the sacrament of Holy Orders,” the 49-year-old Cincinnati cleric notes, lamenting the fact there has been “little reference” to the instruction since its publication in 2005.

“It is no small matter to stand in persona Christi at the altars of the Church,” Fernandes emphasizes. Priests “are to be men, configured to Jesus Christ (the head, shepherd and spouse of the Church), capable of giving themselves completely to their Bride the Church with generous hearts, animated by the true spirit of pastoral charity.”