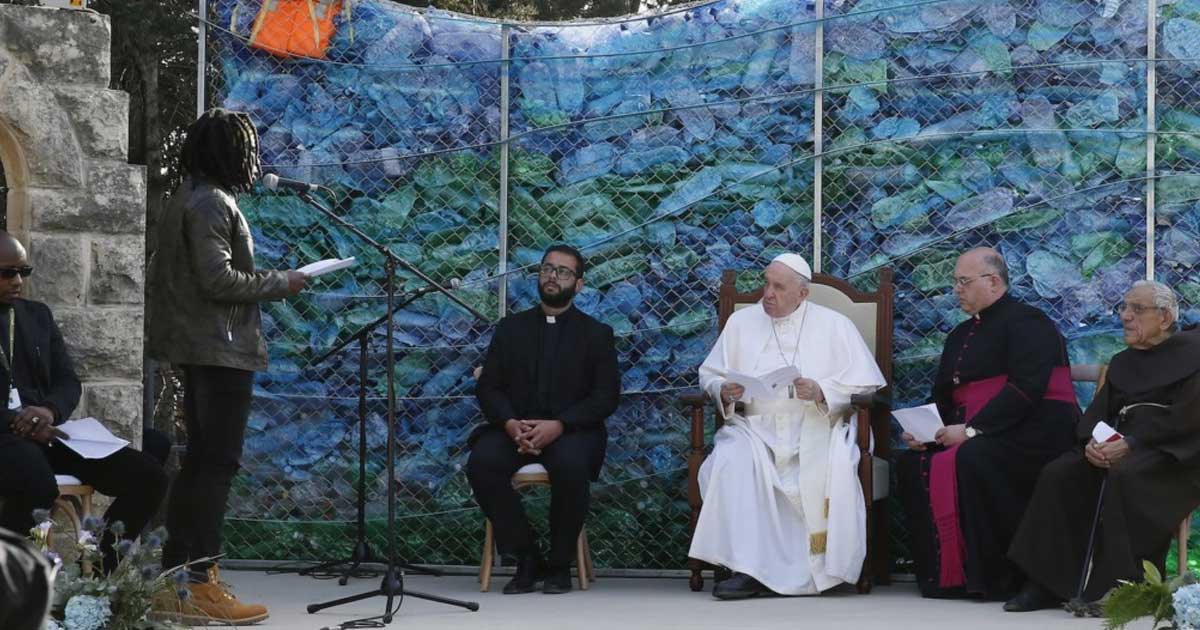 When my wife and I were in Rome several years ago, we arranged through our hotel for a guide to give us a tour of the Vatican. The guide was a young lady who I could tell was a practicing Catholic. We spent most of the day together, and after we had gotten acquainted she asked me what I thought of Pope Francis. I said it was probably none of my business since I am not a Catholic, but I didn’t think much of him. I said he focuses too much on politics, about which he knows nothing, and not enough on religion. She was circumspect but it was obvious that she agreed.

I have had the same thought many times since, most recently when reading about Pope Francis’s visit to Malta.

Pope Francis, despite being the head of worldwide Catholicism, always seems to be apologizing for the faith. In Malta, that apology extended to hiding the cross from illegal Muslim aliens. This act of Christian cowardice was more poignant than usual, given that Malta, in the mid-16th century, was the site of one of the Catholic world’s bravest and most successful stands against Islam’s push to take over Europe.

The Ottoman Turks appeared unstoppable, but a major turning point came when Malta’s Christians successfully resisted a Turkish siege that lasted for months.

That’s why it was so disturbing to read that Pope Francis, when he appeared in Malta, hid the crosses so he wouldn’t offend illegal Muslim migrants on that tiny island:

Organizers canceled the crucifix from the papal podium because Pope Francis did not want to offend illegal Muslim migrants during the climax of his Malta trip.

Instead, recycled plastic bottles with red blobs were used to design the backdrop for the pope’s address to migrants at the John XXIII Peace Lab in Ħal-Far on Saturday….

The Pope’s purpose in concealing the crosses was explicit:

[Artistic director Carlos] Schembri, who was commissioned to design the key backdrops for the papal visit to Malta, insisted he was being faithful to Francis’ primary reason for visiting the island — to defend migrants and the ecology.

Does the Pope seriously think that what the world needs now is a superannuated Greta Thunberg?