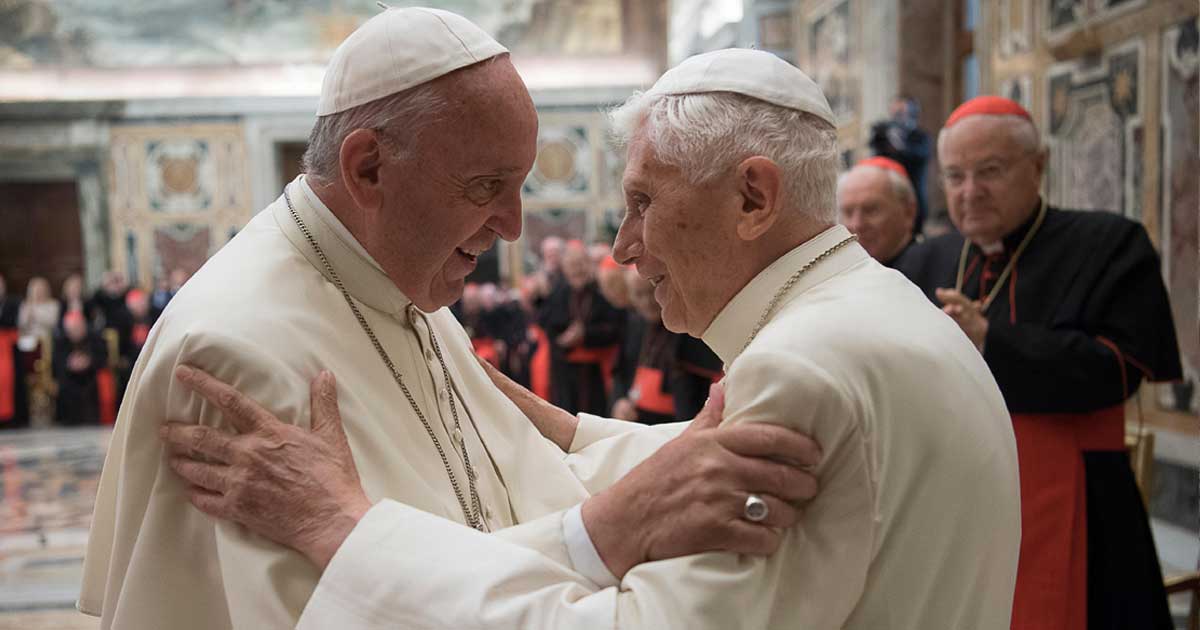 Dear friends of Duc in altum , I am pleased to propose this interview that was granted to me by Archbishop Carlo Maria Viganò. Many topics were touched upon, from national politics to the world situation, from the pandemic to the Russian-Ukrainian crisis, from the pontificate of Bergoglio to the next conclave. The guiding thread is the battle for the Truth, in constant listening to the Word of God: “Truth is not a club with which to strike those who ignore it, but a light that cannot be hidden under a bushel, and that may perhaps dazzle everyone. beginning, but it cannot be ignored by people of good will and a good conscience. Who does not want to see that light – which is always a ray of the only Light in the world which is Christ – takes sides with the darkness, and must be helped to come out of it with Charity.”

Recently a memorandum was shot among the members of the Sacred College, signed with the pseudonym Demos, which lists the disasters caused at every level (doctrinal, pastoral, managerial, economic, legislative) by the pontificate of Bergoglio. “Better late than never”, commented some, while others said: “It is useless to close the barn when the oxen have already escaped”. What do you think of that memorandum? Do you think it was the work of a cardinal? Is it the symptom of a belated awareness?

The memorandum lists the horrors of the Bergoglian “pontificate”, and this certainly is already progress compared to magnifying it. But the horrors and errors of the Argentine and his court did not appear out of nowhere, as if in the previous pontificates everything was perfect and wonderful. The crisis begins with Vatican II: deploring the symptoms of an illness without understanding its causes is a useless and harmful operation. If the College of Cardinals is not persuaded that it is necessary to return to what the Church believed, taught and celebrated until Pius XII, any opposition to the current regime will be doomed to certain failure.

Within the College of Cardinals, in your opinion, is there a credible, authentically Catholic figure on which the cardinals, in the event of a conclave, could make the votes converge for a total change of register compared to the current pontificate?

Certain Popes, let us not forget, are granted ; others are inflicted . But before discussing the next conclave, it is necessary to shed light on the abdication of Benedict XVI and on the question of the frauds of the 2013 Conclave, which sooner or later will have to give rise to an official investigation. If there were to be proofs of irregularity, the conclave would be null, the election of Bergoglio null, just as all his appointments, acts of government and magisterium would be null. A reset that would providentially bring us back to the status quo ante, with a College of Cardinals composed only of cardinals appointed up to Benedict XVI, ousting all those created since 2013, notoriously ultra-progressive. Certainly the current situation, with all the rumors about Ratzinger’s resignation and Bergoglio’s election, does not help the ecclesial body and creates confusion and disorientation in the faithful.

Here too, Catholics can implore the divine Majesty to spare further humiliations to His Church, by granting her a good Pope. If there is a cardinal who really wants “a change of register”, that he comes forward, and that – for the sake of love of God – stop referring to Vatican II and think about the sanctification of the clergy and the faithful.