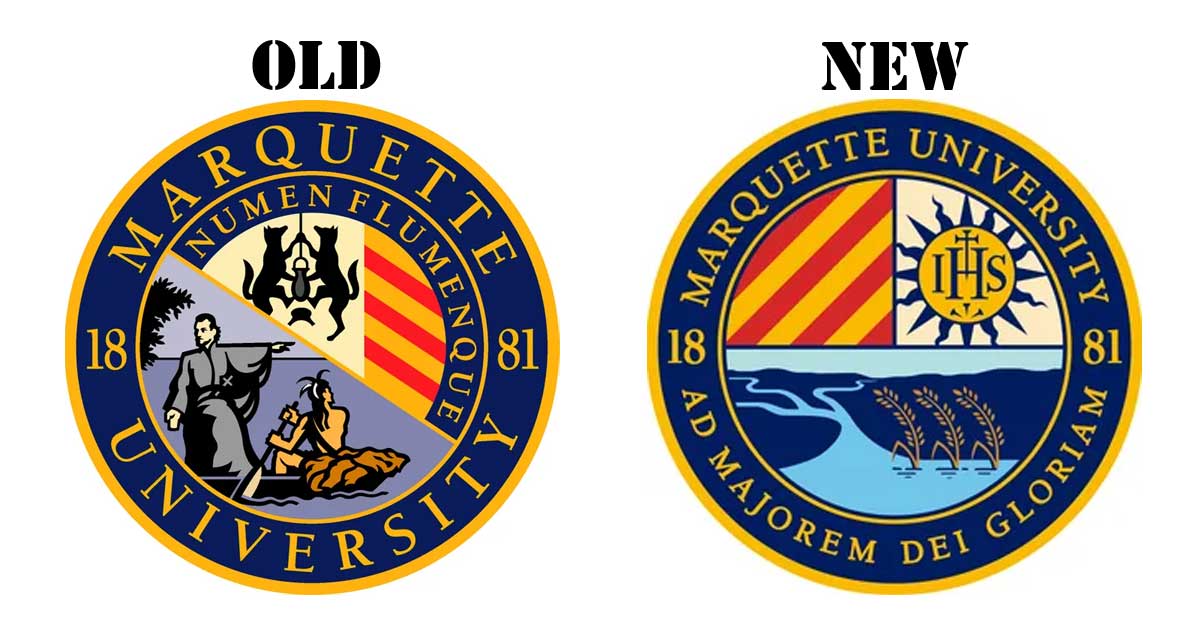 If you’ve been losing sleep over Marquette University’s seal, the weekend should bring sweet dreams.

For those unfamiliar with the fiasco, seeds of worry were sown shortly after the private Jesuit research college’s founding in 1881.

In the original 1869 painting, Jacques stands in a canoe. He faces an American Indian, who’s gesturing toward the mighty Mississippi.

Also in the boat: two tribesmen, seated with oars.

But prejudice comes in all shapes, including circles. The seal was of the 360° sort, and only the lower left half featured a piece of the painting.

Hence, some characters were cut out. The viewable result: Marquette pointing as a native piddles with his paddle.