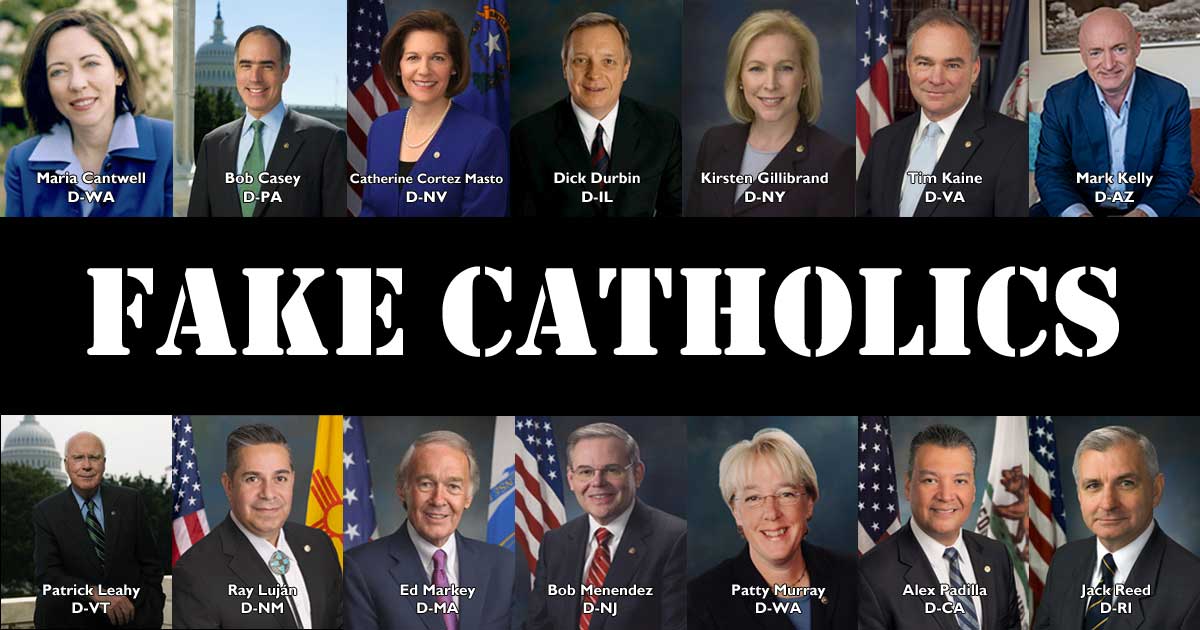 Here are the fruits of decades of bishops failing to hold people accountable.

Fourteen Catholic lawmakers in the U.S. Senate supported a failed attempt to pass a sweeping new abortion law that threatened to override states’ pro-life laws and remove restrictions on abortion up to the point of birth, in some cases.

Their support of the defeated bill, called the Women’s Health Protection Act, placed them sharply at odds with the clear teaching of their Catholic faith, which strictly prohibits abortion and condemns efforts to promote it. Church leaders and Catholic pro-life advocates were quick to criticize the senators’ votes after the measure was defeated on Feb. 28.

“Catholics are tired of seeing their faith used as a political football on the campaign trail, then thrown aside by Catholic political figures when they need to vote along the party line against the Church’s most fundamental moral teachings,” Joshua Mercer, the communications director for CatholicVote, said Monday.

“One of the standout examples tonight was Sen. Bob Casey, a self-proclaimed Catholic who has again and again presented himself to Catholic voters as pro-life.”