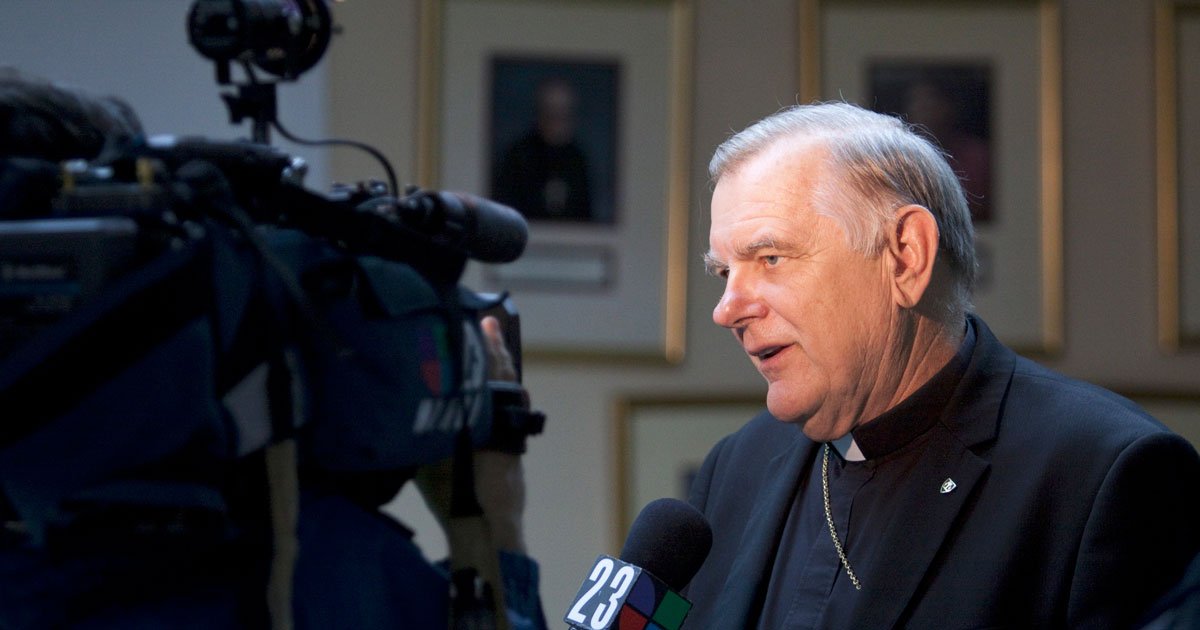 A recent exchange between two prominent figures in Florida has exposed a seamy underside of the pro-illegal immigration efforts of the U.S. Catholic hierarchy and their connections with Joe Biden supporters.

In the early 1960s, a clandestine American effort spirited some 14,000 Cuban children between the ages of six and twelve out of Cuba after Castro seized power. Most of them came to Florida, where they were cared for by agencies including the Catholic Welfare Bureau in Miami. The effort was dubbed “Operation Pedro Pan” (Spanish for “Peter Pan”).

This past February 7, pro-life Florida Gov. Ron DeSantis, Lt. Gov. Jeanette M. Nunez, and Attorney General Ashley Moody hosted a meeting with Cuban-Americans who had benefited from the operation. Gov. DeSantis sharply criticized the Biden administration’s “largest human smuggling operation in American history,” noting Biden’s cooperation with Mexican Coyote drug cartels that traffic not only illegal aliens, but massive amounts of fentanyl and other illegal drugs into the country.

These illegals have “no papers . . . nobody knows who the hell any of these people are,” DeSantis said. Moreover, he said, “this is not like Mexicans coming across by and large. These are people from all over the world. I mean, when we were [on the Texas border with Mexico], we saw people from Africa, the Middle East, South America, you name it.”

When they’re asked at the border, where do they want to go, “a lot of them said, ‘Florida’,” — but the government of Florida has no idea who they are or where they’re going.

“You interdict and then you give them to the feds and then the feds will . . . fly people in the middle of the night . . . and drop them off. They will provide [buses]. . . and then put into different communities” without the permission or knowledge of local officials.

They’re clearly not “refugees,” DeSantis continued. Like untold millions of other people worldwide, “they just want to be in America.” For that reason, it’s “Florida’s position that we don’t want to be facilitating [these] very harmful policies, not only in terms of the rule of law, not only in terms of what drug cartels may be introducing into our country, but also the treatment of people who were basically being trafficked.”

Mexico’s lethal Coyote smuggling gangs are in full control of the flow of illegals through Mexico to the U.S. border. They charge some $5,000 per illegal. The women and children are often abused, assaulted, or even recruited to be prostitutes or “mules” carrying lethal drugs across the border to earn a discount in their fare.

In one crucial observation, DeSantis rejected a comparison often made by advocates of illegal immigration. “[T]here’s a lot of bad analogies that get made in modern political discourse, but to equate what’s going on with the southern border with mass trafficking of humans, illegal entry, drugs, all this other stuff, with Operation Pedro Pan, quite frankly, is disgusting. It’s wrong. It is not even close to the same thing.”

Sixty years ago, he said, “we had people that were coming, because they were fleeing a Communist dictatorship that was persecuting them. Those are not illegal immigrants. These are people that were sanctioned to come by the United States government. We were doing it because it was the right thing to do. But it was also consistent with our national interest in fighting Communism.”

Those being trafficked by the Biden administration, on the other hand, are not refugees. “These are basically illegal entrants,” he said. And “it’s important to point out though, when they talk about ‘children,’ most of these people are what would be considered in most parts of the world military-age males — from fifteen to seventeen.

DeSantis mentioned the case of one such illegal, Yery Noel Medina Ulloa, age 24. In 2021, Medina had come illegally from Honduras, often called “the murder capital of the world.” He was arrested last October in Jacksonville, Fla., “after allegedly killing Francisco Javier Cuellar, 46, a father of four who had taken in the immigrant. . . . Medina told authorities he was 17,” an investigation by the New York Post revealed. Apparently, Medina had even bragged to his mother about the successful ruse, she told Univision after his arrest.