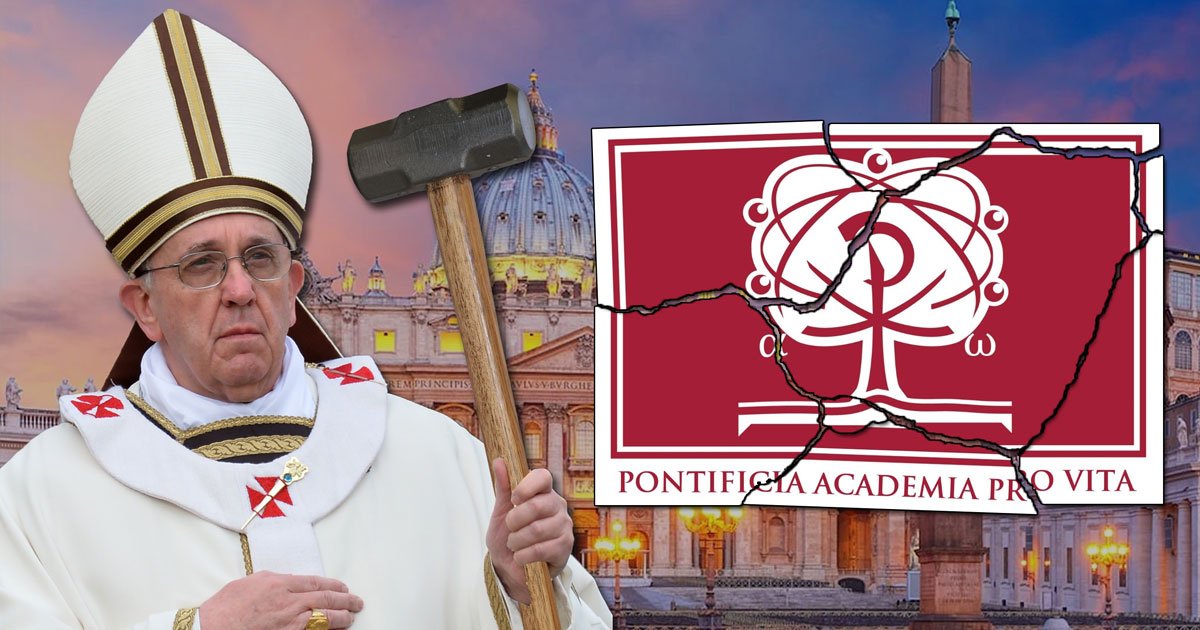 The fruits of Bergoglio’s deconstruction of the PAL now on display for all to see.

Jesuit Father Carlo Casalone, a professor of moral theology at the Pontifical Gregorian University, proposed such an approach that critics stress fully contradicts Church teaching in a Jan. 15 article in the Jesuit periodical La Civilta Cattolica — a journal whose articles are cleared by the Secretariat of State.

His view was supported by fellow academy member Marie-Jo Thiel, professor of ethics at the University of Strasbourg, who wrote in the French newspaper Le Monde on Jan. 31 that Father Casalone’s suggestion was a sign of a broader change in the Church’s position.

Father Casalone, a physician who also heads the Cardinal Carlo Martini Foundation, penned his article ahead of a decision taken by the Italian Constitutional Court on whether to hold a referendum on euthanasia in the country.