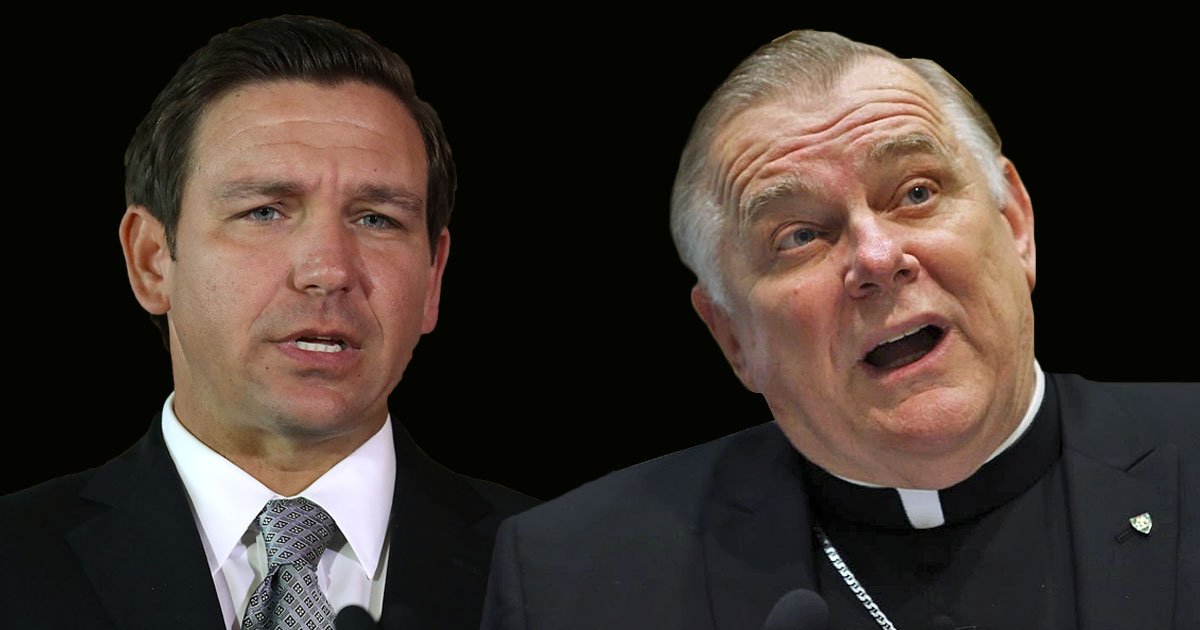 More than 2 million illegal immigrants crossed into the United States through Mexico last year. That number doesn’t include those who evaded Border Patrol, but it does include countless unaccompanied children. Many of those minors were transported to Florida, where a war of words has erupted between the state’s top leader and the Sunshine State’s leading Catholic. Church Militant’s Kim Tisor explains.

The Catholic spokeswoman for Florida’s Catholic governor is going after archbishop of Miami, Thomas Wenski, for twisting words.

Abp. Thomas Wenski: “And he described that any comparison of unaccompanied minors from Cuba in the early ’60s with those from Central America today — he described them as disgusting. … Children are children, and no child should be deemed disgusting, especially by a public servant.”