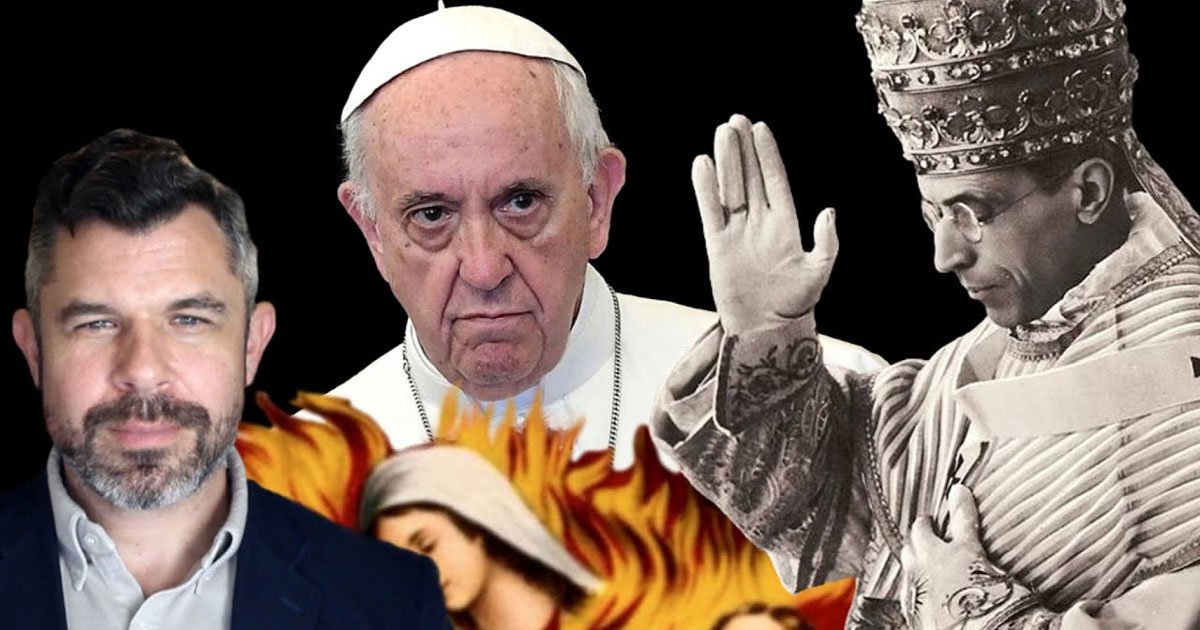 Taylor Marshall, leading Catholic commentator and author of Infiltration – The Plot to Destroy the Church From Within – has publicly affirmed that Pope Francis taught heresy in his February 2 Wednesday audience and that “a ‘heretical pope’ ipso facto loses the papacy.”

At Pope Francis’ Wednesday Audience on 2 February, he claimed the “communion of saints” includes those who have “denied the faith” and “denied their baptism.”

Let us consider, dear brothers and sisters, that in Christ no one can ever truly separate us from those we love because the bond is an existential bond, a strong bond that is in our very nature; only the manner of being together with each of them changes, but nothing and no one can break this bond. “Father, let us think about those who have denied the faith, who are apostates, who are the persecutors of the Church, who have denied their baptism: Are these also at home?”. Yes, these too, even the blasphemers, everyone. We are brothers. This is the communion of saints. The communion of saints holds together the community of believers on earth and in heaven.

A number of Catholics have accused Francis of “heresy,” while others wrote that his address essentially “denies the existence of hell.”