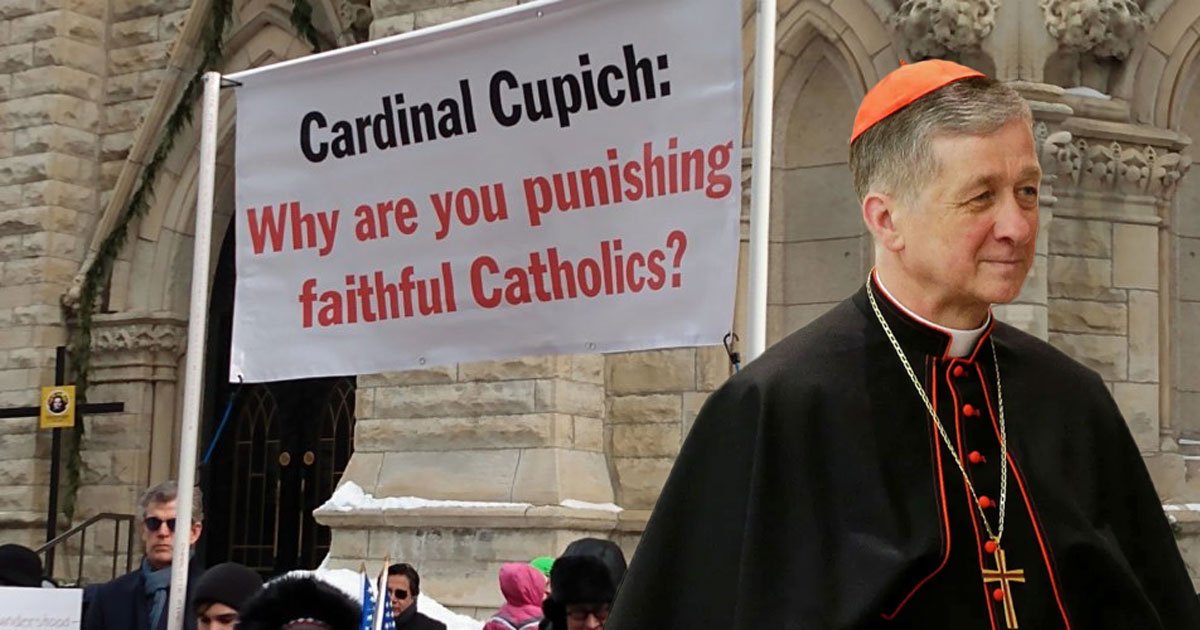 The Catholics gathered to pray the rosary outside of Chicago’s Holy Name Cathedral on February 6, the “commencement day” of Cupich’s ban on Traditional Latin Masses celebrated on the first Sunday of the month.

“What have we done to deserve this punishment?” a man asked the crowd of protestors on a loudspeaker during the rally, before announcing that they would begin by crowning a statue of Our Lady of Fatima.

Attending demonstrators held a variety of signs and banners with messages such as “Saints love the TLM,” “This is the Restoration,” and “Cardinal Cupich, have mercy on the Latin Mass.” Alluding to Cupich’s claim that the Latin Mass restrictions are ordered toward the “unity” of the Church, some of the protestors held a banner reading, “Unity in Fidelity.”