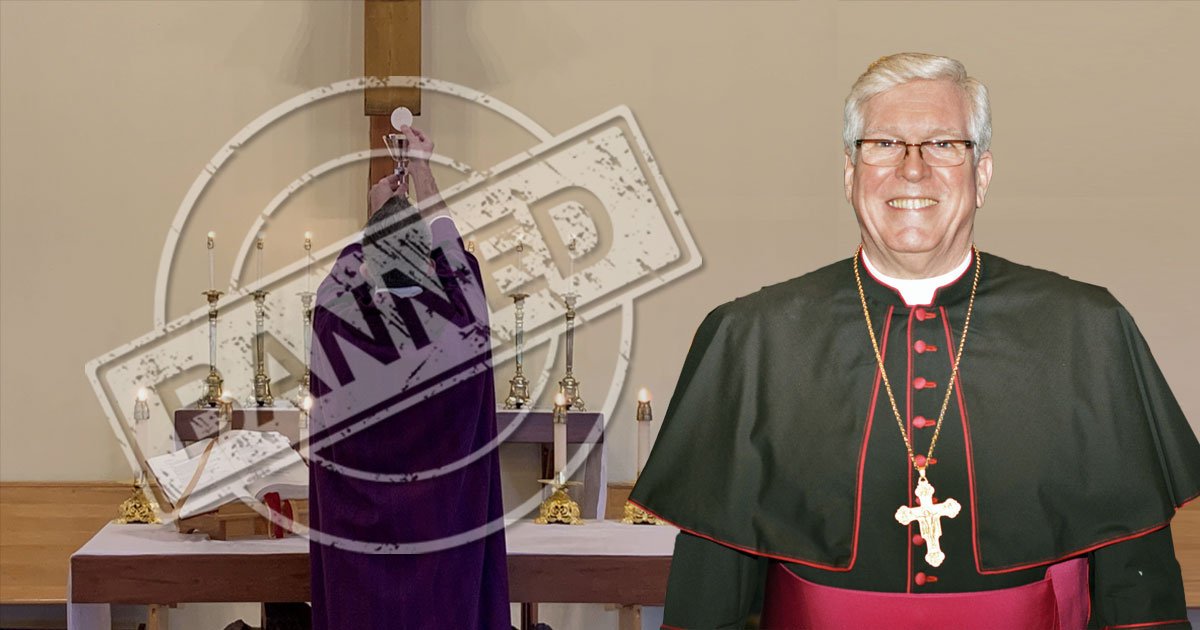 Last week I shared a video on social media that went viral (with more than 59,000 views at last count). What was this video? Was it a cat doing a cute trick? Or a Karen going crazy at an unmasked man? No, it was a boomer priest hamming it up for the camera and engaging in centering prayer and other abuses during his parish’s online Mass.

While the bishop of Venice (FL) bans ad orientem, he apparently has no problem with a priest in his diocese replacing the Penitential Rite with three “spiritual breaths”.

Source (warning: this is a full boomer Mass): https://t.co/pHIoLxYgcz pic.twitter.com/lANApa4AIs

When I shared the video, I knew it would be controversial, although I didn’t think it would go that viral. Normally I don’t find helpful the “look at this terrible Novus Ordo Mass” videos that pop up periodically on social media, but this one is different.

On January 25, Bishop Frank Dewane of the Diocese of Venice (Florida) issued a letter to his priests essentially forbidding them to celebrate the Novus Ordo Mass “ad orientem” (although he misspelled it “ad orientum,” which led to much online mockery). He stated that a priest who celebrates ad orientem (which literally means “toward the East” and liturgically refers to the priest facing the same direction as the people during the Mass) is inserting his “private choice” into the liturgy, which is not appropriate for the celebration of the Eucharist.

This raised my hackles. You see, I lived in the Diocese of Venice for five years. In fact, I worked directly for Bishop Dewane as the diocese’s Director of Evangelization during that time. Part of my job included visiting the parishes, which often meant attending Mass at those parishes. So I am intimately familiar with how Mass is typically celebrated throughout the diocese. And aside from a few solid (mostly young) priests, the celebrating priest’s “private choices” dominated at those Masses. Personal preference ruled the day, and although Bishop Dewane did not seem to like the abuses, I never saw him do anything about it.

TAKE ACTION: Contact Bishop Dewane at 941.484.9543 or marziano@dioceseofvenice.org and let him know what you think about his decision.