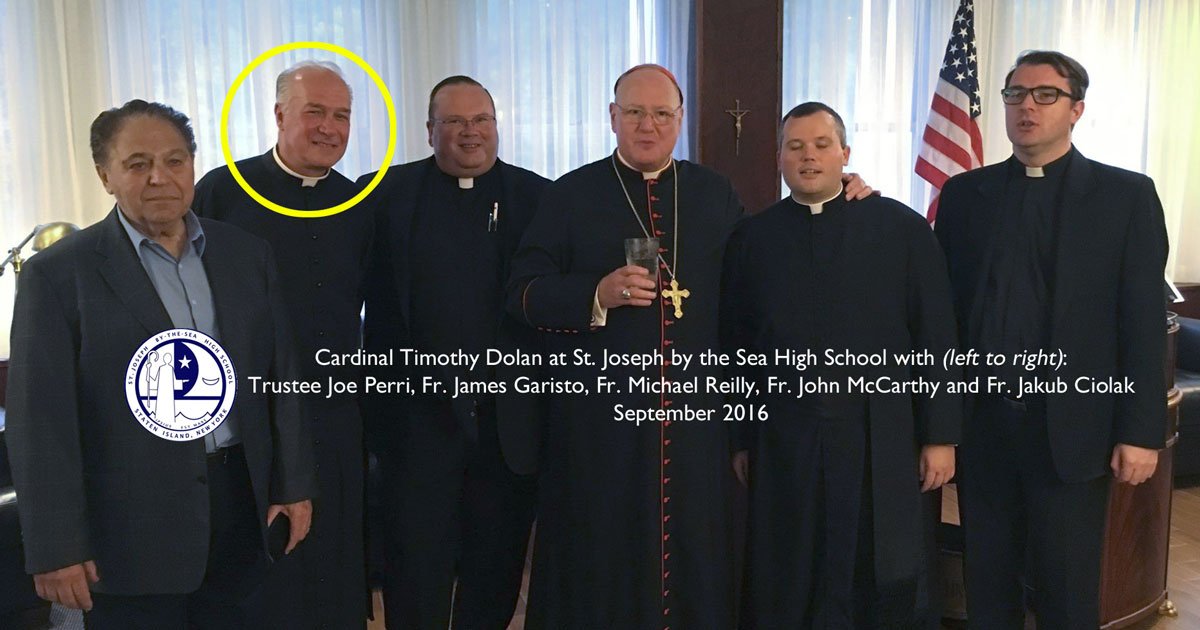 Garisto was a longtime teacher and administrator at St. Joseph by-the-Sea High School in Huguenot. The Philadelphia allegations mark the third time the priest has been accused of sexual misconduct.

A Staten Island priest has been charged with molesting a Philadelphia boy from 1995 until 2002, beginning when the child was 10 years old.

The Rev. James Garisto, 73, who spent nearly 40 years as a priest, teacher, and school administrator in the Archdiocese of New York, was arrested Thursday and charged with endangering the welfare of children, corruption of minors, and indecent assault.

Garisto, who owned a home in Fishtown at the time of the assaults, is accused of attacking the child hundreds of times. He was released from police custody Thursday after posting 10% of his $75,000 bail.

The priest, who now lives in Harrisburg, is being represented by the Defender Association of Philadelphia, court records show. Efforts to reach him and his lawyer were unsuccessful Friday.

Continue reading at the Philadelphia Inquirer