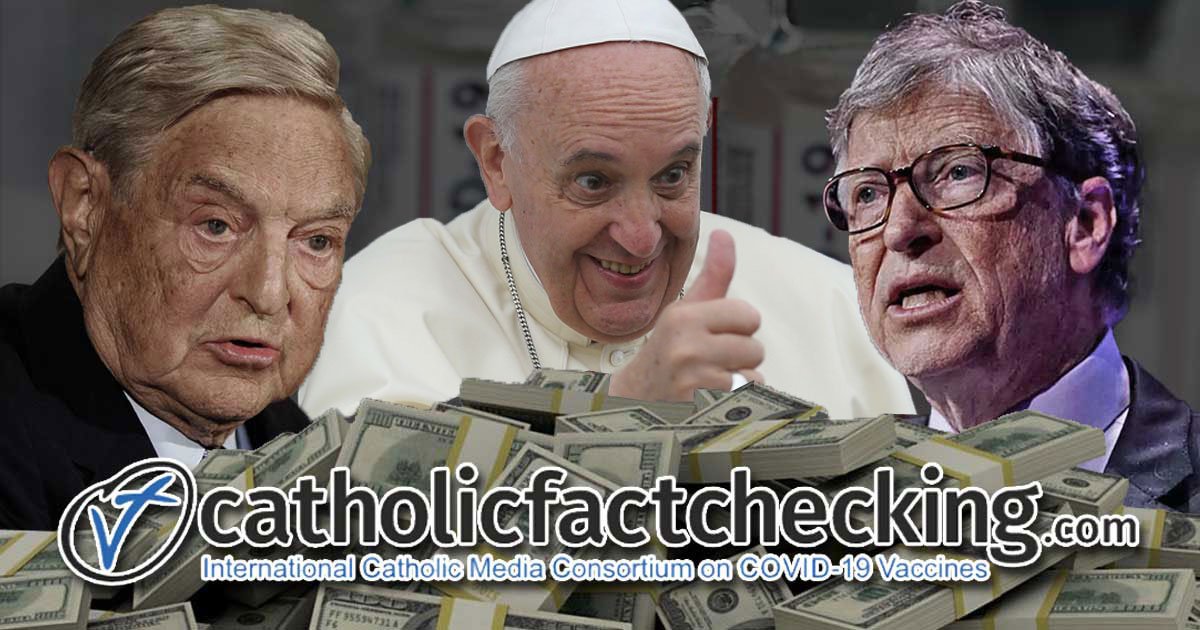 Pope Francis on Friday met with the International Catholic fact-checking group catholic-factchecking.com, which promotes abortion-tainted injections and is linked to Bill Gates and George Soros, thanking them for combating “fake news and the manipulation of the consciences of the weakest.”

The morning of January 28, Pope Francis met with members of the International Catholic Media Consortium on COVID-19 Vaccines, or “Catholic fact-checking,” in the Vatican’s Clementine Hall, where he gave an address to the group.

Pope Francis praised the group for its “aim to highlight fake news and partial or misleading information on COVID-19 vaccines,” and for attacking “disinformation circulating on the web today.”

“You have started to do so by networking different Catholic media and involving various experts,” said Francis. “Your initiative started as a consortium to stand together for the truth. And thank you, thank you for that.”