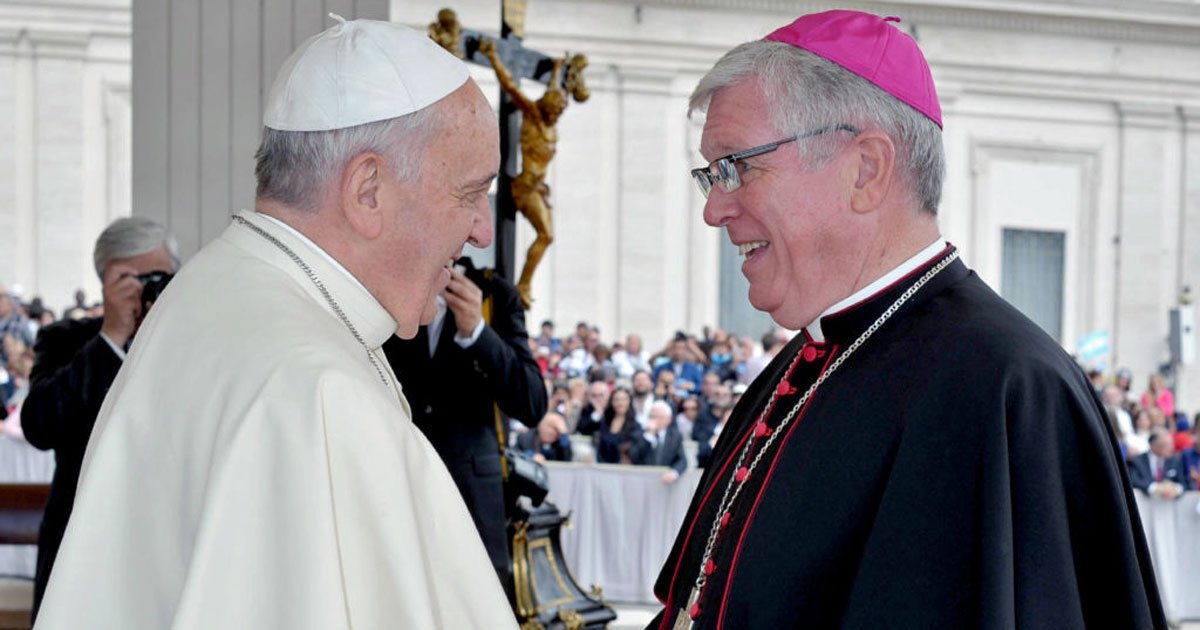 In a letter to priests Tuesday, Bishop Frank Dewane wrote that Mass may not be celebrated ad orientem – facing the East or facing the tabernacle or apse – without his permission. The move follows a similar policy announced last month by Cardinal Blase Cupich of Chicago.

RELATED: Fr. Z – A look at the Letter purporting to forbid “ad orientem” worship in the Diocese of Venice

Ad orientem was the common orientation for celebrating Mass for at least 1,500 years, until the 1960s and 70s. Leading prelates, including Pope Benedict XVI, have endorsed the posture as a more reverent option in recent years and noted that Church has never restricted it.

But Dewane’s letter, which repeatedly misspelled “ad orientem,” falsely suggested that priests do not have a right to adopt ad orientem worship, deriding it as a “personal choice.”

TAKE ACTION: Contact Bishop Dewane at 941.484.9543 or marziano@dioceseofvenice.org and let him know what you think about his decision.