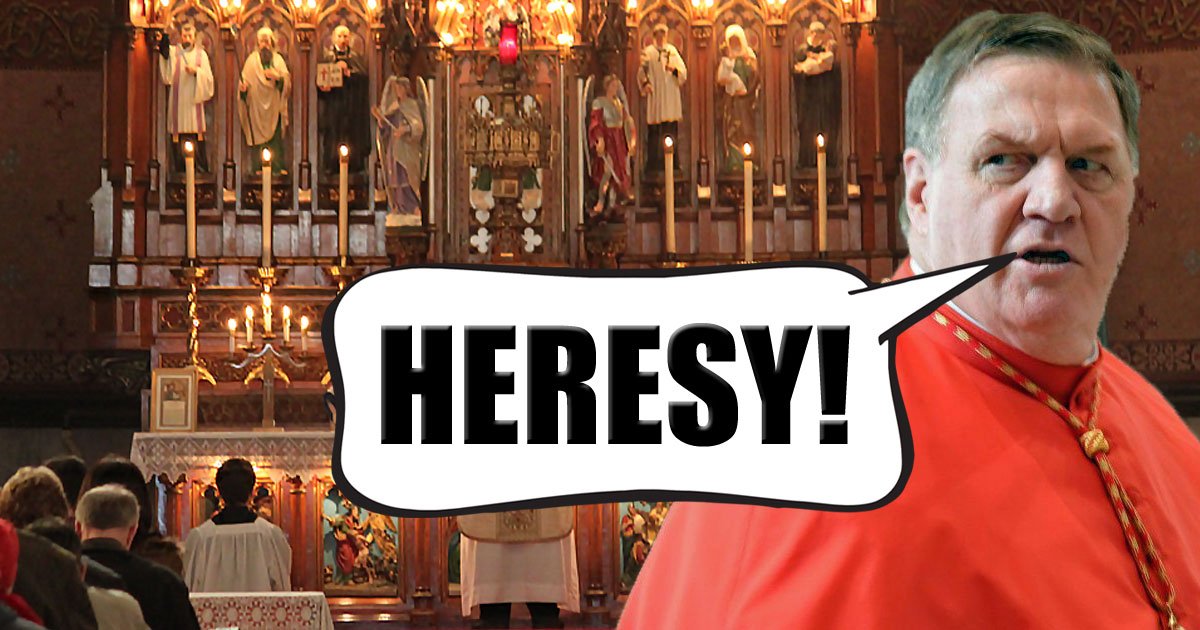 I’ve been busy and didn’t have time to deal with this one until now, but it seems like there’s a fun new spin on heresy that we’re starting to see from the liberals. Apparently, they also prepped Cardinal Tobin well enough that he could finally string it together. Dan “The Horan of Babylon” floated it a while back here.  The new buzzword is “complexity.” What it really boils down to is, “Complexity requires us to twist truth until it looks like something we want it to and if you don’t jump on that bandwagon, you are heretics, you simpleton peasants!” Sadly, some will look like zombies as they utter “Oh, OK, Master.”

I urge every Catholic who believes that Jesus Christ is Lord of all to study paragraphs 66 & 67 of the Catechism of the Catholic Church. Public revelation ended with Jesus, any contrary claim of private revelation is measured against the fullness of truth revealed in Jesus Christ

At the time I was wondering where it came from, but it dawned on me later as I read Cardinal Tobin’s quotes that it might just be aimed at him, and rightly so.

Cardinal Tobin: Refusing to deal with life’s complexity is a form of heresy. https://www.americamagazine.org/faith/2022/01/12/cardinal-tobin-synodality-242186

Critics who dismiss an ongoing Vatican effort to consult Catholics around the world, part of the pope’s efforts to reinvigorate church life, fail to understand how Francis is trying to reshape the church, one of his cardinal advisors said in a speech on Tuesday.

“Synodality is a way of being church, based on the idea, the ideal, that all the baptized are walking together with a shared attention to the Holy Spirit,” Cardinal Joseph Tobin, the archbishop of Newark, said in a keynote address to the Cathedral Ministry Conference, which is taking place this week in Chicago.”

Translation: “Our ‘private revelation’, AKA our whims and desires, is going to let us say anything we want to about the Deposit of Faith.”

In recent days, some critics of the upcoming synod, which has received relatively little attention in the United States, complained on social media that some keywords associated with the synod planning process shared in a tweet from the U.S. Conference of Catholic Bishops seemed too corporate or jargony. At least one bishop weighed in, posting on his Twitter account, “If the synod process is to bear fruit, it has to focus on the person of Jesus Christ, Gospel values and a spiritual vision; and eliminate complex structures, mind-boggling instructions, and secular, corporate language.