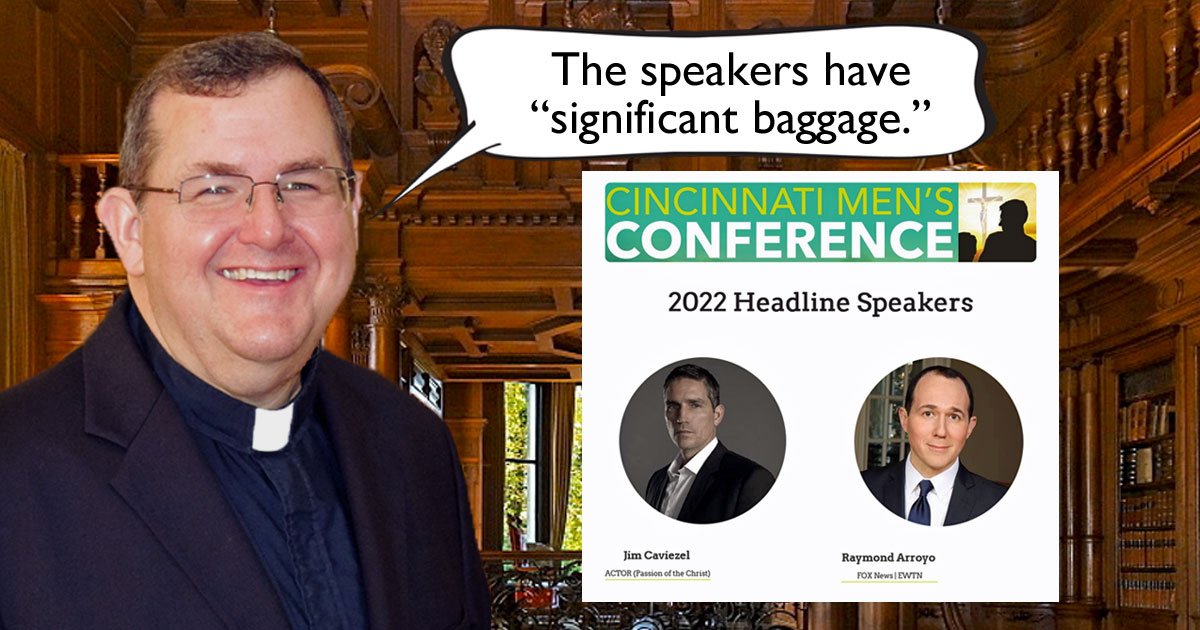 A Kentucky bishop has withdrawn from the speaker lineup of a Catholic men’s conference in Cincinnati that the local archdiocese is not sponsoring or participating in because of the “significant baggage” of its featured speakers, which include EWTN anchor Raymond Arroyo and “Passion of the Christ” actor Jim Caviezel.

The Cincinnati Men’s Conference, scheduled for April 2 at the University of Cincinnati Campus’ Fifth Third Arena, advertises Arroyo, a frequent Fox News contributor, and Caviezel, who recently spoke at a QAnon conference in Las Vegas, as its “headline speakers.”

Bishop John Iffert of Covington, Kentucky, had also originally been advertised as a featured speaker, but his name no longer appears on the conference’s website. A spokeswoman for the Diocese of Covington told NCR that Iffert withdrew as a speaker.