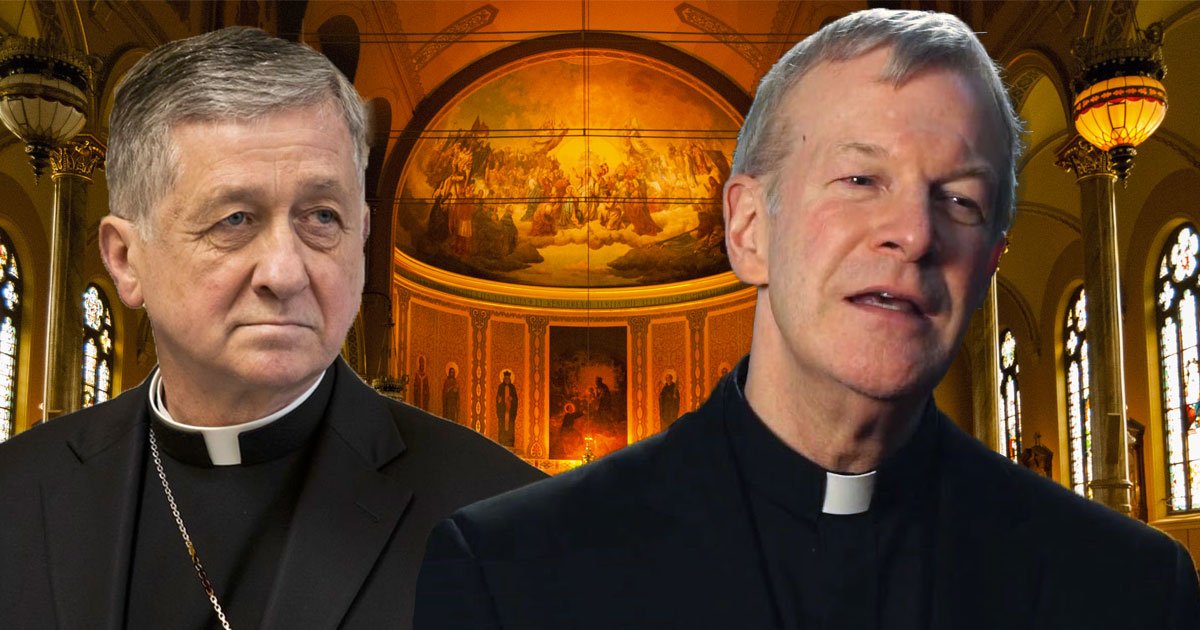 Fr. Anthony Bus C.R., pastor of St. Stanislaus Kostka Parish in Chicago, was summoned to the Cardinal Cupich’s woodshed on Monday in response to his courageous letter questioning Cupich’s cancellation of Ad Orientem worship in the Archdiocese of Chicago. Threatened with the possibility of an interdict, Fr. Bus was strong-armed into issuing a formal public apology which published in its entirety below.

I write with a deep-felt sorrow that my letter to Bishop Lombardo dated January 13, 2022 was interpreted by social media as though I was being unjustly critical of, disrespectful to, or lambasting the Holy Father, the Cardinal Archbishop of Chicago or Bishop Lombardo.

As was stated to me, the letter verges on a violation of Canon 1373: “A person who publicly incites among subjects, animosities or hatred against the Apostolic See or an ordinary because of some act of power or ecclesiastical ministry or provokes subjects to disobey them is to be punished by an interdict or other just penalties.” Also, Canon 1369: “A person who in public show or speech, in published writing, or in other uses of instruments of social communication utters blasphemy, gravely injures good morals, expresses insults, or excites hatred or contempt against religion or the Church is to be punished with a just penalty.”

If my letter was interpreted by some as a violation of Canon 1373 or Canon 1369, I can assure all of you, this was not my intent. I wrote for love of the Church to whom I’ve given my life. I have always acted for love of God and I have the deepest regard for the Papacy and the Prelates of the Church. As a priest I am bound to the Lord in service to His Mystical Body. As a priest, as with all popes, prelates, priests, and deacons, I am not above challenge.

I regret the letter was interpreted as a near violation of the Canons stated above. I wish to state clearly that I have always held in high regard the Documents of the Second Vatican Council and the ecclesial authority of the Church. I do not wish to add to any further division in the Church. I do however, feel the Body of Christ is broken and I felt before Almighty God and the Blessed Virgin Mary, I had acted in a manner to assist in its healing.

Soon I will go into retreat for about ten days and reflect on my priesthood. I will be praying for all of you and the Church Universal. I will always safeguard the peace and tranquility of our worship here at St. Stanislaus Kostka Parish – the people entrusted to my care and whom I love dearly.

Sincerely in Christ Jesus and the Blessed Virgin Mary,

Fr. Bus has been fighting stage 4 cancer which is reportedly now in remission thanks to treatments he has been receiving from Mayo Clinic.

Meanwhile, Cupich appears to have taken no action against Fr. Michael Pfleger for his repeated abuses of the Holy Mass, most recently illustrated in his performance on Christmas Eve.

TAKE ACTION: Send a message of support to Fr. Bus at office@ststanschicago.org.
Contact Blase Cupich at 312.751.8200 or bcupich@archchicago.org and let him know what you think.