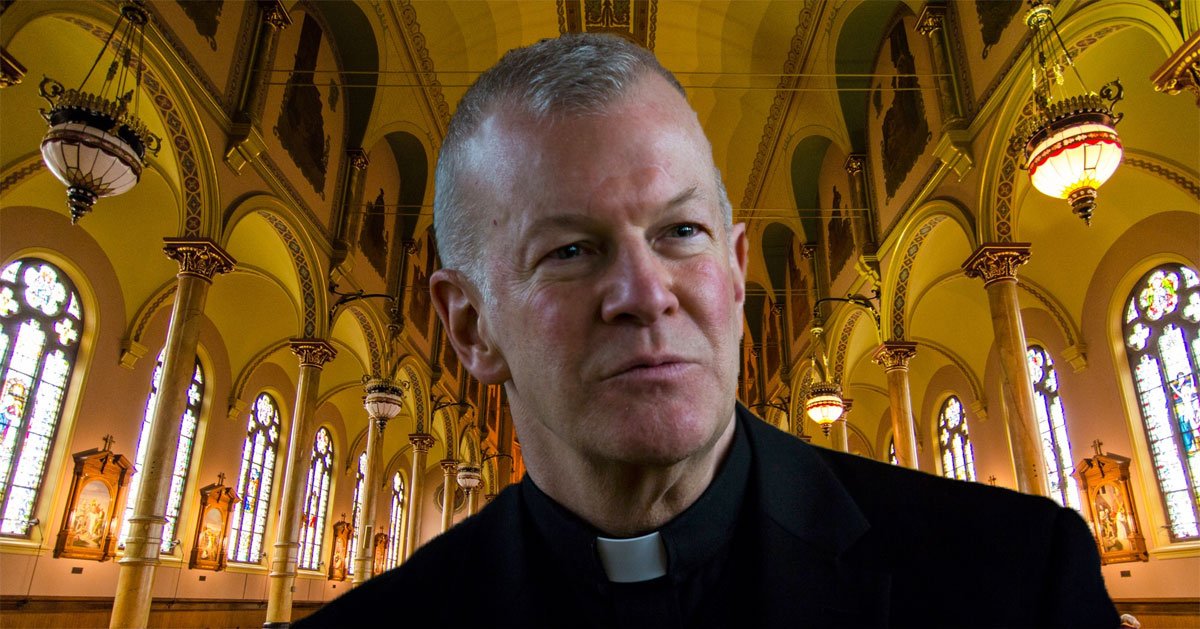 Thank you for consulting the Archbishop regarding my request for permission to offer the Holy Sacrifice, “Ad Orientem.” I will comply with his directive that this is forbidden in his Archdiocese.

Even so, the Archbishop does not provide evidence that “Ad Orientem” was abrogated at the Second Vatican Council. As I read Sacrosanctum Concilium and the Roman Missal the implication is “Ad Orientem” was not abolished or prohibited – on the contrary.

Liturgists, prelates, priests, and religious had a glorious time after the Council, taking liberties to “change the face of the Church.” I recall as a young teenager in Florida when a priest from Chicago came to our beautiful parish as its new pastor. He right away “renovated” the church into what looked more Baptist than Catholic. In those days, Baptists had strange notions of the Catholic faith, but they loved our beautiful churches. I think they were as shocked as we were at what became of our parish church. As a teenager, the Church I loved very much turned upside down and through my young mind, lost all relevancy – it seemed to just disappear. Like so many others I turned away from the faith even though I had always felt a deep-seated call to the priesthood. My return to the faith only came years later and that’s a whole other story.

As I mentioned in a previous email to you, even though I intuitively knew by the grace of God that something’s been amiss in the reform of the Sacred Liturgy, the depth and richness in the writings of Pope Benedict and Cardinal Sarah became for me the key that unlocked the mystery of the Holy Sacrifice and the mystery of the ministerial priesthood, In Persona Christi. I believe their writings and expositions hold the key to the reform of the Sacred Liturgy and the priesthood.

It’s no wonder why the young are drawn to those who hold to Sacred Tradition in worship and in life. If the Church’s agenda is to Protestantism or make herself acceptable to the world, she’s been effective and thus, one can explain in part, the mass apostasy from the Catholic faith on the part of priests, religious, and laity alike. The faith of the Ancients of Old, is discarded for what’s been called Moral Therapeutic Deism. One doesn’t need the Church or Christ if it’s just about feeling good.

Again, as I’ve suggested in previous emails to you, there’s a point when the constant chiding of the Holy Father, that we are “demented, rigid, or hiding some sickness” because we hold to what has been handed down to us, wanting to remain Catholic in solidarity with our ancestors who heroically and courageously defended the faith in times of persecution, cause us to turn a deaf ear to his exhortations. In reality, we can’t help but listen because he is the successor of Peter.

Indeed, we are passing through a time of persecution. Do we go the way of Jesus Christ or do we accommodate and compromise our faith in deference to the world?

The Holy Mass is the renewal of our fiat – a renewal of our covenant with the Lord and His Mystical Body. Therefore our primary participation in the Holy Mass and the renewal of our sacred covenant to the Lord is that we offer ourselves “a living sacrifice holy and pleasing to God our spiritual worship,” quoting St. Paul. We do this in union with the sacrifice of Jesus, for Jesus, through Jesus, and in Jesus – to the glory of the Father. The Sacred Mysteries offered, “Ad Orientem” facilitates this so beautifully in preparation for Holy Communion, and always in anticipation of the Lord’s coming at the end of all things.

Forgive me Bishop Lombardo if I’m sharing with you things you already know, I just need to unburden my heart of the pain I feel at what is happening in the Church. Many faithful Catholics are being cruelly demoralized – thrown into confusion, which is something the Pope admittedly takes joy in, and are purposefully being pushed to the fringe. There will be no place for our voices in the so called “Synod on Synodality.” This is something we know for certain. I don’t mean to be offensive, but my words come from a place of having been offended over and over again for far too long. I speak for many because I listen to many who are away from the faith or trying hard to hold to the faith.

These are strange times, no doubt. I entrust us all to the benevolent and gracious love of the Blessed Virgin Mary – she is not frozen in the pages of Sacred Scripture and continues to fulfill the will of God – a prophetic presence for the time in which we live.

Again, as always, thank you for hearing me out. Be assured of my prayers for you and all who hold the lofty office of successors of the Apostles, governing, sanctifying, and prophetically leading the Lord’s flock entrusted to the care of their pastors.

As Pope Benedict said, “The false deities will be unmasked through the suffering faith of simple believers.” Pope Francis said, he wants, not a new Church, but a different Church. The Church is Christ’s Church. One wonders what he means by this or why his mercy is shown to some while disdain is shown to others. I don’t mean to end on a sour note, but I can’t resist this. The Church is in need of renewal and reform in every generation as the Council states. Perhaps the “surprise of the Spirit” will undo the harm that’s been done and bring us back to our identity as members of the Mystical Body of Christ as opposed to mere Global Citizens where man/woman are the central protagonists to the unfolding of a New World Order. The governments and corporate elites of the world along with the Pope and some Prelates are quite open to accepting this frightening reality. Perhaps this will hasten the coming of the Lord.

Again, thanks for hearing me out Bishop Lombardo! I do appreciate it.

TAKE ACTION: Send a message of support to Fr. Bus at office@ststanschicago.org.
Contact Blase Cupich at 312.751.8200 or bcupich@archchicago.org and let him know what you think.