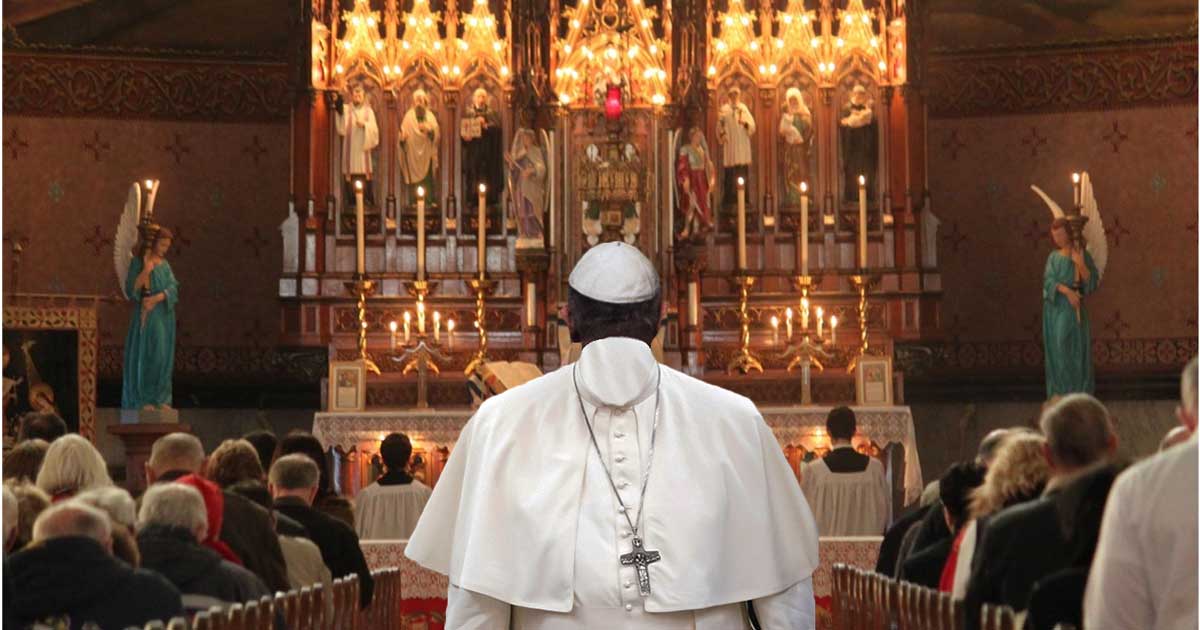 Insofar as Traditionis Custodes provides any explanation for its open hostility toward Catholic traditionalists, that explanation lies in the claim that traditionalist communities have caused divisions within the Church. Therefore, Pope Francis suggests (and the Congregation for Divine Worship even more sternly insists) traditionalism must be suppressed.

That logic is backward. It was not the traditionalist movement—much less the traditional liturgy—that exacerbated divisions within Catholicism. It was the current Vatican leadership—the very leadership that is now looking for a scapegoat to blame.

For several decades after Vatican II, Catholics who might, for want of a better term, be classified as “conservative”—and I include myself among them—looked askance at traditionalists. Even The Wanderer, a newspaper never associated with liberalism, viewed the Trads as too negative. We defended the Novus Ordo liturgy, trusting that all would be well once the excesses of the 1970s, which were certainly not authorized by the Vatican Council—were eliminated. We balked at the notion that the Council itself had introduced problems; it was, we firmly believed, the deliberate misinterpretation of the Council that had plunged the Church into chaos.

Above all, we “conservative” Catholics longed and worked and prayed for the “reform of the reform” in the liturgy. We firmly believed that, once the fads and novelties and outright abuses were corrected, we could restore reverence and dignity to the Mass. We imagined—and if we were fortunate, occasionally encountered—a Mass actually celebrated according to the guidelines laid out by Sacrosanctum Concllium, and we found it beautiful.