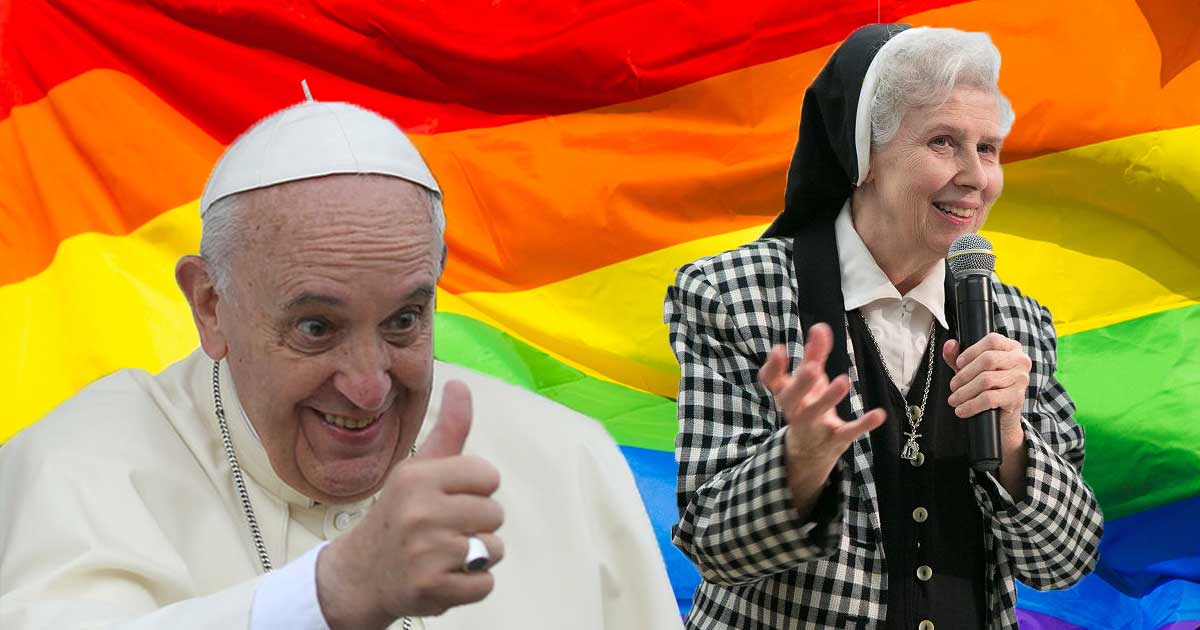 Pope Francis has again written a letter to a Catholic nun who openly defies Church teaching on sexuality, praising her for her “50 years of ministry,” which has been mostly devoted to promoting the normalization of homosexuality within the Church.

In another sign of support for L.G.B.T. Catholics and those who advocate on their behalf, Pope Francis sent a handwritten letter on Dec. 10 to Jeannine Gramick, S.L., the co-founder of the Catholic apostolate New Ways Ministry.

Sister Gramick is celebrating 50 years of working with and advocating for L.G.B.T. people. Noting her anniversary as the reason for his letter, the pope congratulated her in Spanish on “50 years of closeness, of compassion and of tenderness” in a ministry that he described as being in “‘the style’ of God.”

“Thank you, Sister Jeannine,” wrote the Pope at the conclusion of his note, “for all your closeness, compassion and tenderness.”

Gramick was officially silenced by the Vatican in 1999, an order which she ignored; in 2010 the United States Conference of Catholic Bishops (USCCB) declared that New Ways Ministry “has no approval or recognition from the Catholic Church” to speak on the LGBT issue.