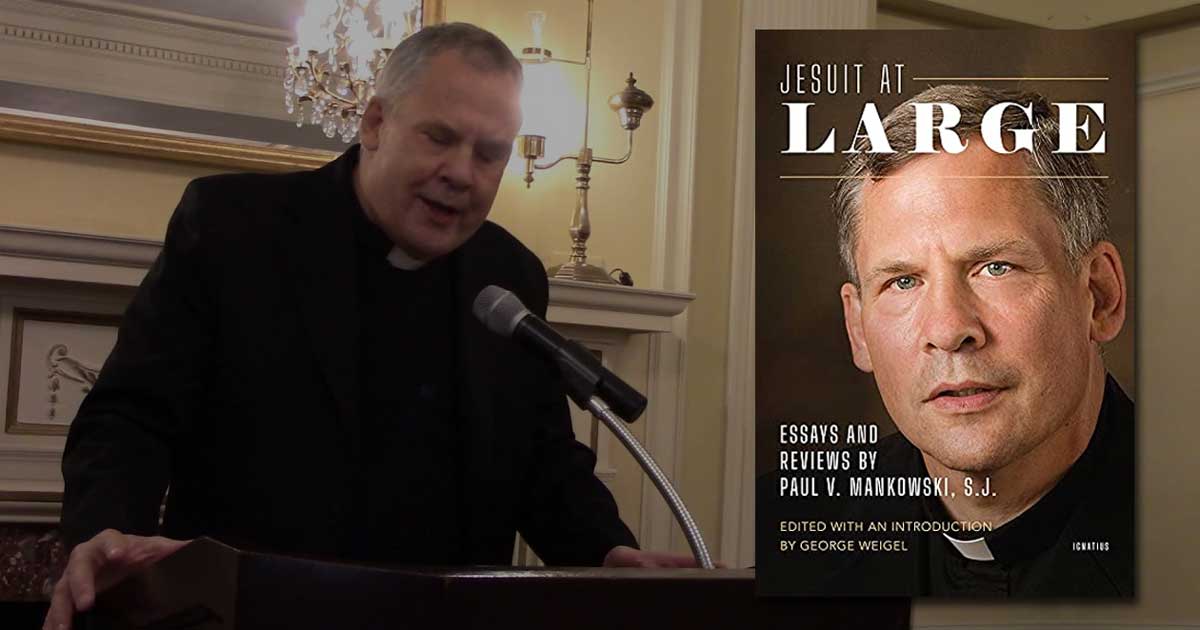 Jesuit At Large: Essays and Reviews, by the late Paul V. Mankowski, S.J., exposes corruption within the Society of Jesus.

Need a prominent cleric to give cover to Catholic politicians who vote to preserve and expand abortion access? For more than 50 years, the Jesuits have had a man at the ready. It is a grave scandal in one of the Church’s most venerable orders.

Jesuit Father Pat Conroy, who served as chaplain of the House of Representatives from May 2011 to January 2021, gave an interview published this week in The Washington Post, in which he defended Catholic politicians who promote abortion access. He went so far as to cite St. Thomas Aquinas on conscience to defend his position, which is both embarrassing and beneath the dignity of a proper Jesuit formation.

For those with longer memories, the idea of a prominent Jesuit from the House of Representatives defending permissive abortion laws is not new. Father Conroy is a rather low-budget version of the late Jesuit Father Robert Drinan, but he remains a standard-bearer for what his brethren are wont to call “the Jesuit tradition.”

It was 15 years ago this week that Father Drinan was back in the spotlight. Recall the circumstances. In early 2007, Nancy Pelosi became the first woman Speaker of the House of Representatives, the capstone to a remarkable political career. That she is Speaker again 15 years later is further evidence of the formidable political force she remains.