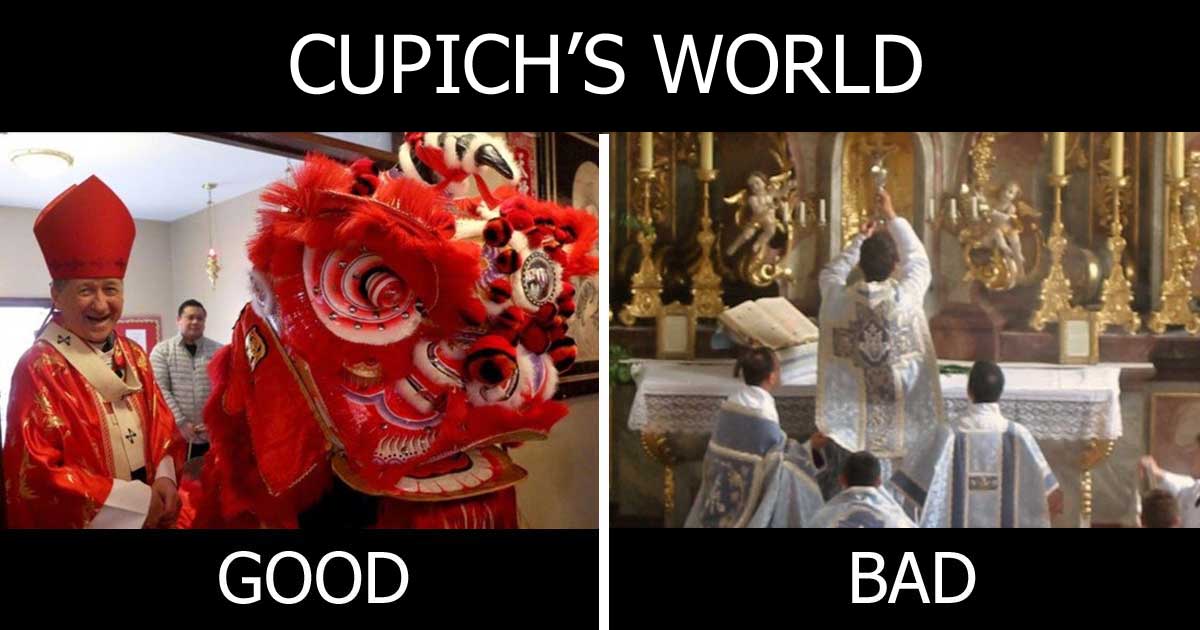 Merry Christmas! The coal in the stockings keep right on coming, especially for those that live in the Chicagoland area.  After Cardinal Cupich’s article in America magazine, The Coalition for Canceled Priests (CFCP) decided to expand its billboard campaign, “Not One More Penny,” to include the defense of the Traditional Latin Mass.  At the time of Cupich’s article (November 10), the Archdiocese of Chicago, as most dioceses across the country, had not yet released its norms for implementing Traditionis Custodes (TC).  Now that it has, it’s time for us to reiterate the Coalition’s philosophy for dealing with bishops, to share what we’ve seen regarding the response of the laity to our campaign, as well as the response of some traditional and traditional minded groups to the latest attacks on the Traditional Latin Mass, and to put out a call for both courage and unity in the face of what our leaders are doing.

As a canceled priest for the last ten years, I learned through my experience with other canceled priests that once a bishop has made a decision and issued a decree, it is a rarity that he reverses course.  In fact, when faced with criticism regarding a decision he has made, a bishop usually doubles down.  Many canceled priests, when they are first removed, are advised to be quiet and let the process work itself out with appeals to Rome.  However, experience has shown this merely allows the aggressor, i.e., the bishop, to control the narrative, especially regarding what the bodies in Rome are told both about the priest and the situation.  As a result, the bishops usually prevail and become all the more emboldened toward the next priest who has the misfortune of getting on his wrong side.