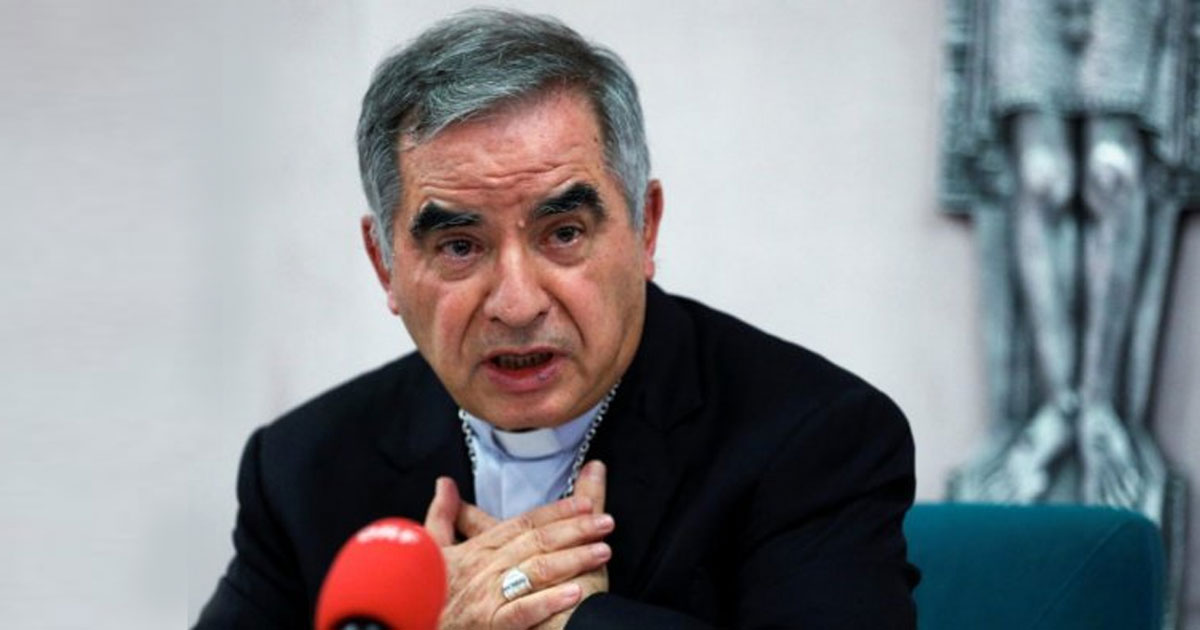 Cardinal Angelo Becciu, the disgraced former sostituto of the Vatican’s Secretariat of State, has written to Cardinal George Pell, the former prefect of the Secretariat for the Economy, declining to explain why he sent millions of euros of Vatican funds to Australia during the run up to Pell’s 2017 criminal trial.

In an open letter dated December 22, Cardinal Becciu wrote that he felt forced to respond to recent media statements by Pell which, he said, “were offensive to my personal dignity” and which impugned his decades of curial service.

“Believe me,” Becciu said, “I am [writing this letter] against my personal desires, because I am now forced to do so by your numerous interventions.”

The cardinal, who was dismissed from his curial positions by Pope Francis in September last year, and is currently on trial in Vatican City charged with embezzlement, abuse of office, and related financial crimes, said he had no intention of responding to claims made by Pell concerning his time at the Secretariat of State, and that engaging with Pell’s statements would be “beneath the dignity of cardinals.”