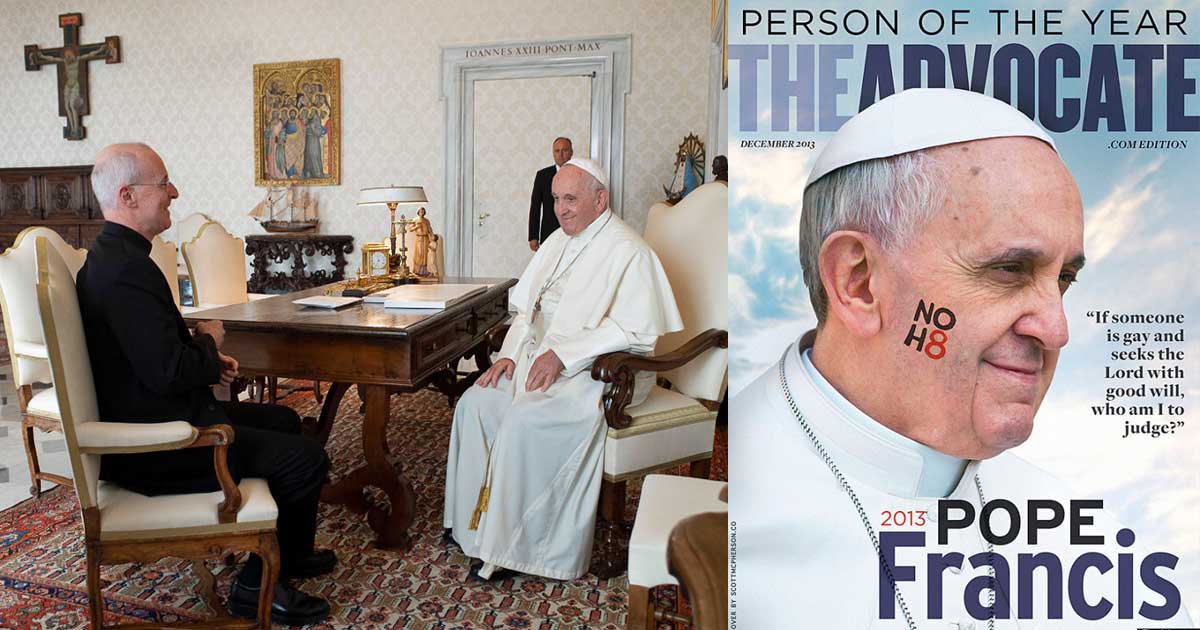 The Vatican just ran afoul of the LGBTQ mafia. The Synod of Bishops removed a link on its website to New Ways Ministry, a pro-homosexual group whose work was condemned by the Vatican back in 1999 for being “doctrinally unacceptable.” But in an about-face that would make any woke PR director proud, Synod officials quickly restored the link to the Synod website with an abject apology.

A Synod spokesman dramatically stated that removing the website link had “brought pain to the entire LGBTQ community who once again felt left out.” Defender of all things homosexual Fr. James Martin soon announced his satisfaction with the Vatican apology, noting it was “a good example of true reconciliation in the church.”

This whole silly affair is another example of the Vatican’s embrace of the homosexual movement and its soft-pedaling of the Church’s teaching condemning homosexual acts as grave sins. As usual, the entire focus of this incident was on the feelings of the perpetually-offended gay lobby, with the assumption that if one homosexual in the world is upset, then apologies must be made. This has been the norm ever since Pope Francis uttered his famous “Who am I to judge?” remark early in his pontificate.