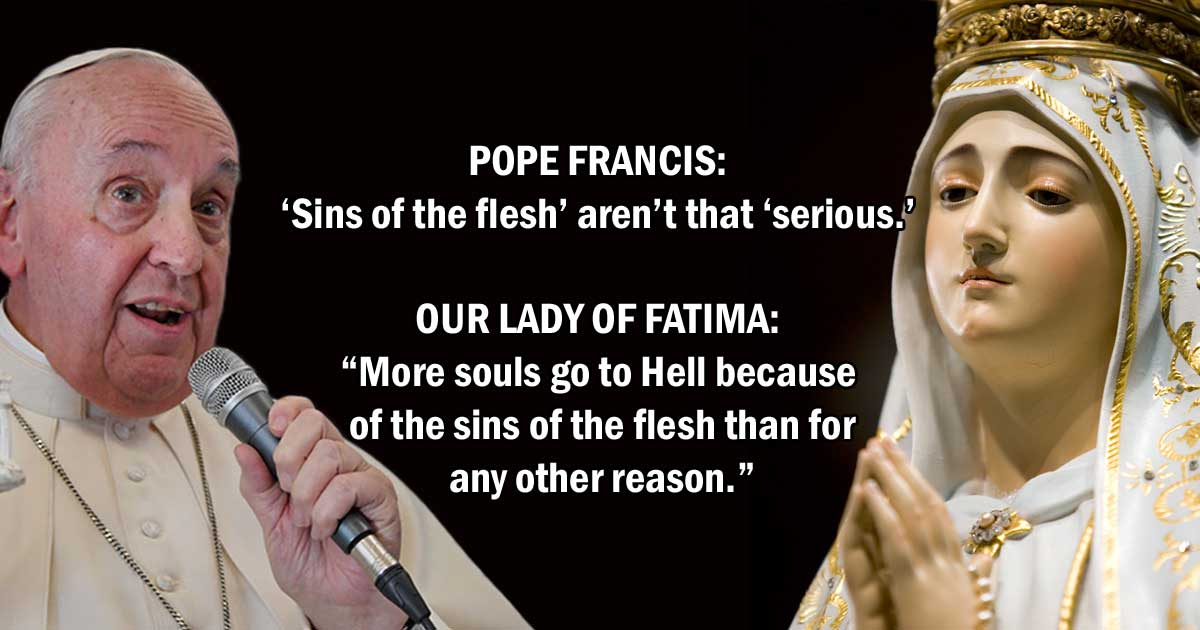 Lust is not the worst of the seven deadly sins, according to Pope Francis.

There are worse indiscretions than sex outside of marriage, the leader of the Catholic Church told reporters on the papal plane while en route from Greece to Italy on Monday, Reuters reported.

“Sins of the flesh are not the most serious,” the 84-year-old religious leader said regarding sex outside of marriage. Top transgressions instead include pride and hatred, according to Reuters.

Francis’ rankings of the worst wrongdoings followed the resignation of a Paris archbishop, who quit over a relationship with a woman earlier this month. However, the 70-year-old French cleric, Michel Aupetit, denied being intimate with the anonymous female, behavior that would break his promise of celibacy, according to Reuters.