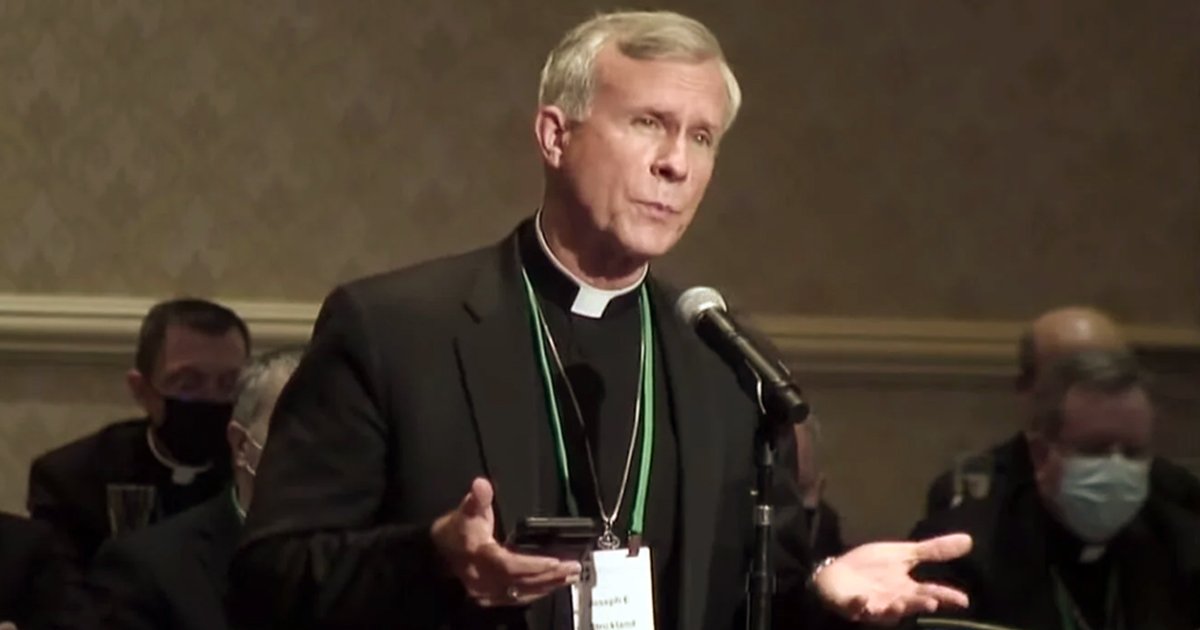 Bishop Joseph Strickland has been a courageous defender of the unborn. During the 2021 Fall Meeting of the United States Catholic Bishops (USCCB), Bishop Strickland attempted to strengthen the Bishop’s document on the Eucharist by explicitly mentioning the denial of Holy Communion for those who support for abortion. His effort went unsupported by his fellow bishops.

For the slaughtered children… pic.twitter.com/cgle5dWwdF

The text is taken from a page at Roman Catholic Faithful… you can read the entire text here.

Here’s the text of his tweet with emphasis added:

Allow me to return to that Greek philosopher and the 90%. Heraclitus was a philosopher and a warrior. During a lull in the battle he wrote a letter to the leaders of Athens regarding the soldiers he was receiving as replacements. He said that for every 100 men they sent 90 were useless. They were little more than battlefield clutter. Out of the 100, about 10 were fighters and the outcome of the battle rested on their shoulders. And maybe one, only one, was a true warrior. The spiritual warfare is no less warfare, and I believe the percentages apply. The vast majority doesn’t want to know the truth. They just want things to be “nice” and the truth and the demands it would place on them as followers of Christ are unacceptable. I appreciate those who pray but if that’s all you do, remember it says in the epistle of St. James that “Faith without works is dead and has no power to save you!” I would ask those 90% to consider joining the warrior class. You are needed! If you cannot – Then at least stay out of the way. The battle is tough enough without clutter. If you cannot fight this Goliath, at least stand back and make room for those who are going forward to sling their stones. The false charity and empty spirituality of those who mouth pious platitudes over the broken bodies and souls of the innocent is an affront to the martyrs and missionaries who gave their lives to share the true faith. I have seen, up close and personal, the heart-rending results of allowing predators to destroy children, families, and faith. A “drawing room” spirituality does not have the power to fight the malignant evil of this age. Delicate sensibilities must be sacrificed and hands dirtied in favor of a cross-centered faith! We are not fighting for principles or philosophies. We are fighting for SOULS and we must not lose!

Is Bishop Strickland sending a message to his fellow bishops?