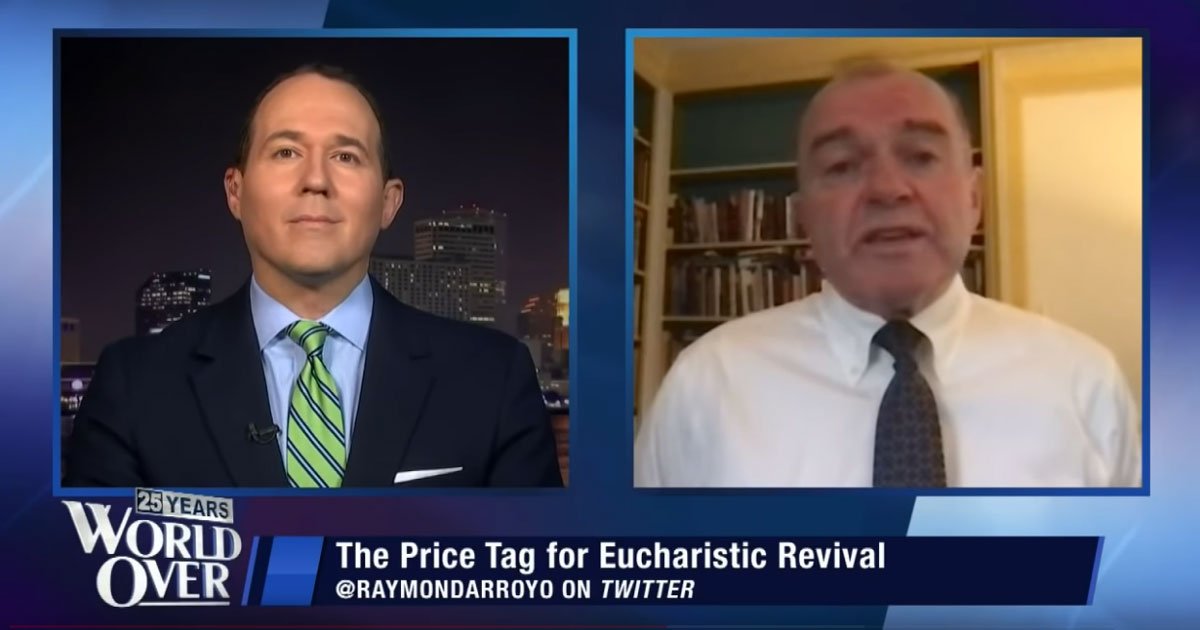 ARROYO: During their full meeting this week in Baltimore, the U.S Catholic bishops approved that much anticipated and controversial document on the Eucharist, now titled “The Mystery of the Eucharist in the Life of the Church.” What does it contain and how might it be used? Joining me to discuss is editor of Catholic World News Phil Lawler. Phil, for a document that has caused such a stir at the last USCCB meeting in June before draft was even written, there was almost no public debate or discussion at this meeting about this document. Most of what occurred happened in executive session. Why do you think that was?

LAWLER: I think the bishops put a very high priority on preserving a facade of unity and i insist on calling it a facade because they are not united on this as they’ve proven throughout the last year we’ve had a lot of debates and sort of sniping at each other. But once they got together, they put a very high premium on giving people the impression that there was an agreement which, in fact, is not there.

ARROYO: What did you make of the fact that prior to any agreement, even the draft, you had the Vatican publishing an interview with Cardinal Roger Mahoney, one of the most scandal-ridden and tragic figures in the last 50 years in Catholicism, using him as almost a benchmark of what the bishops should be using in their approach to these politicians who dissent from Church teaching and yet want to go receive the Eucharist? What did you make of that?

LAWLER: I thought that was absolutely stunning when I saw on the Vatican news site an interview with Cardinal Mahoney. Why would you think of Cardinal Mahoney? I mean, to be honest with you, I had almost forgotten him myself, happily, and then suddenly he’s raised out of his retirement – out of his more or less forced retirement – to be given a platform by the Vatican to make a statement which in itself was truly extraordinary in that he congratulated the Democratic lawmakers who had issued a statement saying in effect that they were going to go ahead with their promotion of abortion irrespective of what the Catholic Church teaches. So there’s two quick strikes – first, why this particular prelate is given the platform and second, why when he’s given the platform, he applauds the people at whom this document should have been aimed. And then of course the third strike, the Vatican chose to put this out on the eve of the bishops’ meeting. To me it seemed a very clear indication that the people who took that line took the line that Cardinal Mahoney took, that Cardinal Cupich is taking, that they have the backing of Rome.

ARROYO: Yeah, no they clearly wanted to queer the deal here. And the approach and the movement that was already forward moving here. And as long as we’re talking about Mahony, he’s all for reserving penalties against these dissenting catholic politicians, but the moment a little nun dared to critique his very flawed document on the Eucharist 20 some years ago, he wanted to cut her head off and remove her vocation as I recall. So I’ll leave that on the table.

LAWLER: I remember that very well.

ARROYO:I think I might have even written something about it.