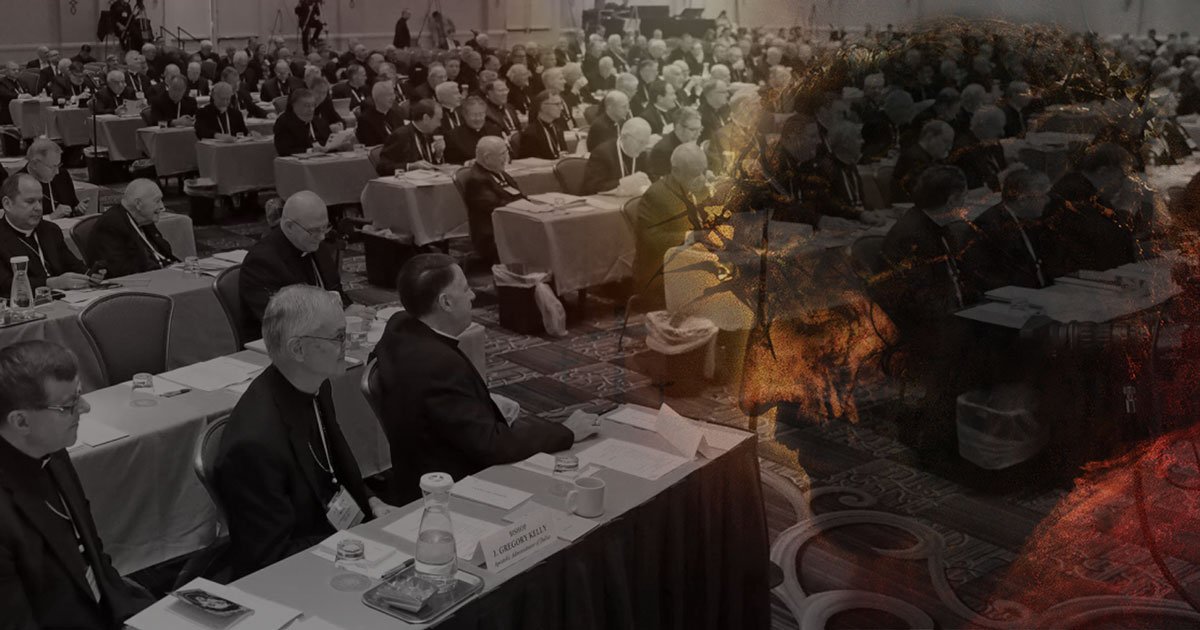 US Bishops failed to stop pro-abortion politicians from desecrating the most Holy Eucharist during their November meeting.

The U.S. Conference of Catholic Bishops (USCCB) passed new guidance on Communion on Wednesday that does not address whether politicians who support abortion rights should be prohibited from receiving the Eucharist.

The bishops had discussed whether to bar prominent pro-abortion Catholics — such as President Biden and House Speaker Nancy Pelosi — from receiving communion for nearly a year. In June, the group discussed whether to take a position on the eligibility of prominent Catholics whose actions run afoul of church teaching to receive Communion and voted to draft new guidelines on Communion.

In September, Bishop Kevin Rhoades, chairman of the USCCB’s Committee on Doctrine, said that the document would remind Catholics of the importance of the sacrament, though he did not say whether it would outline who should be considered worthy of receiving Communion. A previous draft of the document obtained by the Catholic newsletter The Pillar says that “people who exercise some form of public authority have a special responsibility to embody the church.” It adds that Catholics who live in a state of “mortal sin” without repentance should not receive Communion, but it does not say who should sit in judgment.

However, the new guidance passed Wednesday in a 222- 8 vote ultimately did not mention the issue and instead offers general guidance on the sacrament, according to the Wall Street Journal.


The vote came after bishops met in private sessions this week, allowing them to quietly reach an agreement on the issue, the outlet reported.

Continue reading at the National Review