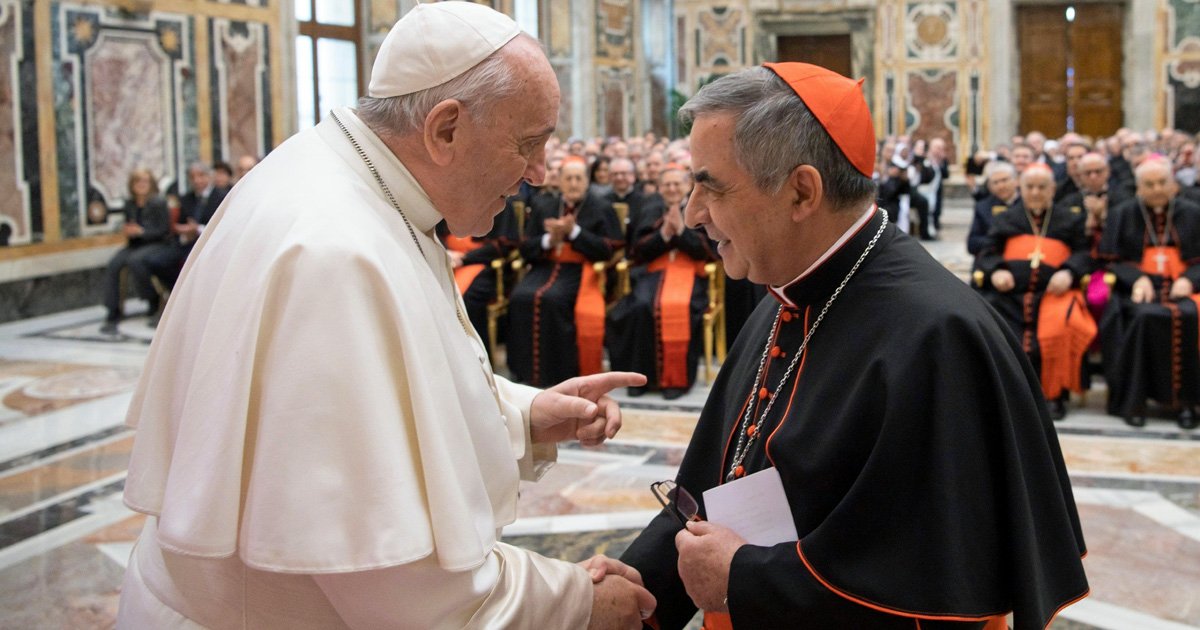 Cardinal Angelo Becciu’s fall from grace in the Francis papacy is unparalleled in recent Vatican history, and the Vatican’s public relations apparatus is portraying his case as an example of the pope’s commitment to cleaning up corruption within the Holy See. However, Becciu’s misbehavior was on public display for many years while he held the most intimate confidence of Pope Francis. And now evidence is emerging that indicates the pontiff was informed at least five years ago of his trusted lieutenant’s gross financial malfeasance.

Voices from within and without the Holy See are now objecting to the pope’s inconsistent system of “justice,” which appears to protect certain intimates of the pontiff while throwing others under the proverbial bus. The case is beginning to look less like a financial cleanup operation than a political one in which the criminal justice system is used to settle scores and dispose of fallen confidants, while a pliant international media uncritically repeats the Vatican’s Francis-glorifying narrative.

Becciu’s meteoric fall has all of the necessary elements of a tabloid drama. After becoming the functional equivalent of the papal chief of staff and being made cardinal prefect of a Vatican dicastery, Becciu now finds himself stripped of the privileges of the cardinalate. And he is standing trial for numerous criminal charges leveled against him by Vatican prosecutors for embezzlement, abuse of office, collaboration, and subornation, along with others associated with his investments.

Although the trial is currently on hold while prosecutors revamp their case and comply with court orders, Becciu has all of the appearance of guilt. According to the prosecution, which has reams of financial records at its disposal, the cardinal approved investments of hundreds of millions of euros in ill-founded real estate purchases, charitable donations, and other schemes that lost money but lined the pockets of various shady middle men, among which was Becciu’s own brother.

Moreover, the cardinal is accused of employing a woman for the purposes of “intelligence services,” who in turn is now accused of embezzling over half a million dollars of Vatican funds dished out to her by Becciu himself. Reports in the Italian media suggest that she spent whole nights at the prelate’s residence. She has publicly stated that Becciu paid her to spy and create dossiers on various members of the curia.