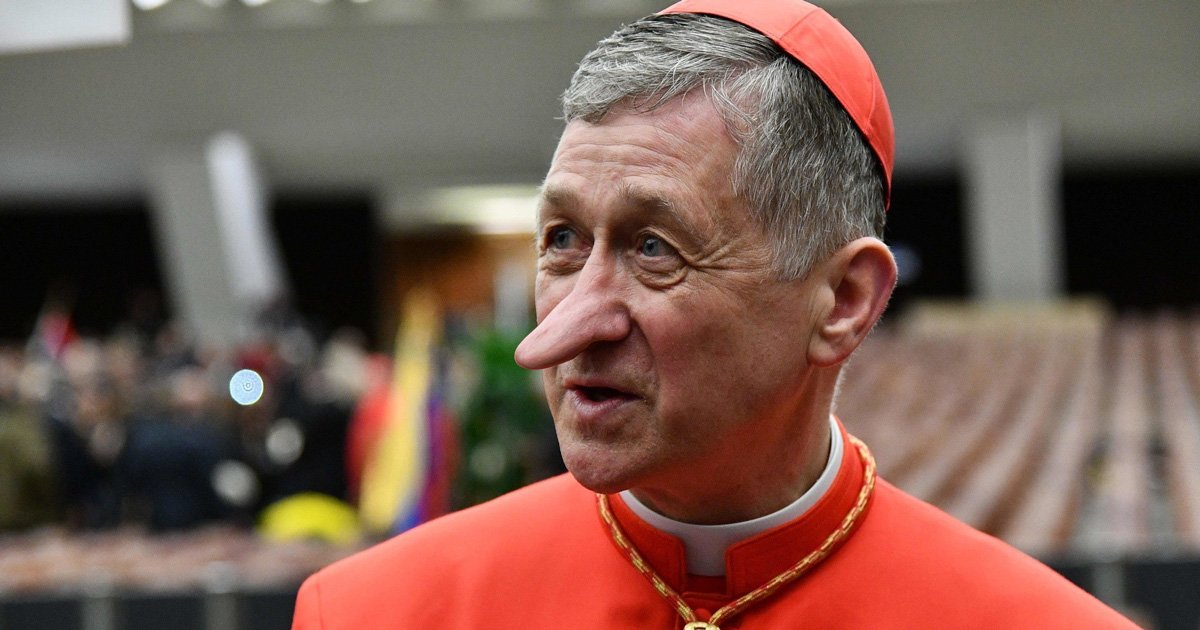 This Lie of surpassing Bigness is not the systematic cover-up of decades of sexual abuse by ecclesiastical authorities, although this can certainly be laid at their feet. Neither is it the strange eagerness of many bishops to promote illegal immigration, resettlement, and the mass injection of citizens with abortion-tainted serums (positions entirely unrelated to attracting government funding as a replacement for collapsing pew-sitter revenues, so we’re told).

No, The Big Lie considered here is far more fundamental, nefarious, and harmful to man’s salvation. This lie has been fought, even within the body of the Church, for well over a century. Today, it is ubiquitous.

What is The Big Lie?

Pope St. Pius X put it most succinctly: “The intrinsic evolution of dogma.”

Formally condemned in 1907, the false notion that the Catholic religion is little more than a mass of perpetually evolving “expressions of belief” about God, creation, and human moral activity (all continuously modifiable to suit contemporary interests) is certainly a much older error than its 20th century proscription. Like so many heresies in Church history, this error—a fundamental tenet of Modernism—went unnamed for many years.

Even so, The Big Lie was flatly condemned in the dogmatic declaration of the First Vatican Council (1870):

If anyone says that it is possible that at some time, given the advancement of knowledge, a sense may be assigned to the dogmas propounded by the Church which is different from that which the Church has understood and understands: let him be anathema.