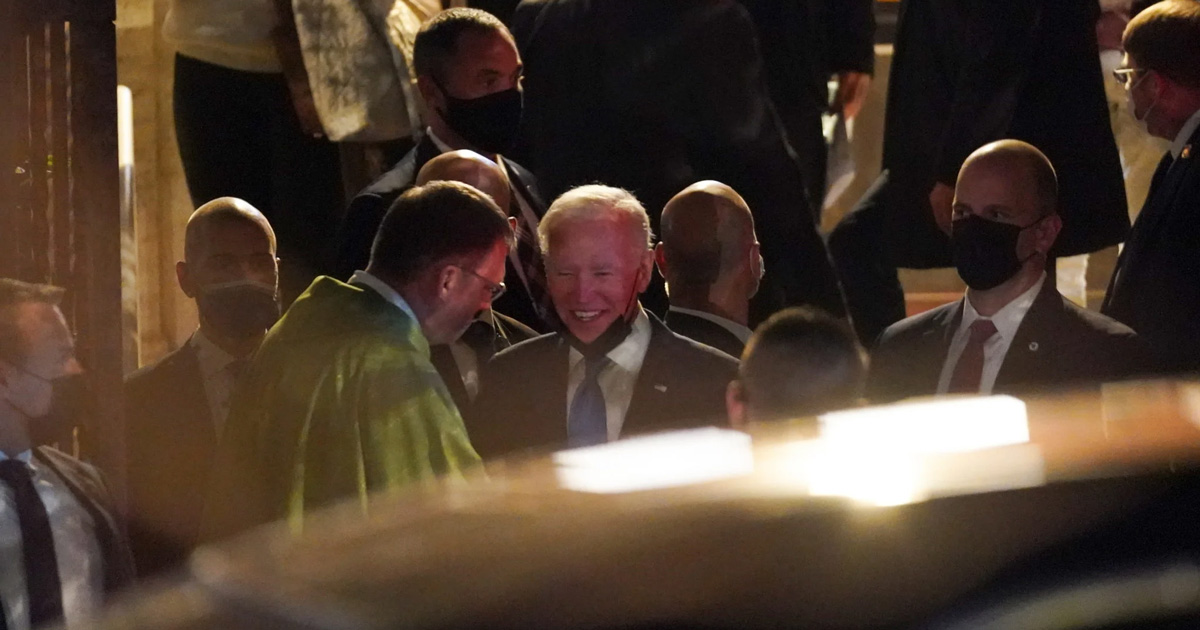 President Joe Biden received Communion at St. Patrick’s Church, Rome’s American parish, during Saturday Vigil Mass, a day after saying Pope Francis told him he should continue to partake in the sacrament despite opposition of some conservatives in the U.S. upset with his position on abortion.

Biden and his wife, Jill, visited the English-speaking church that is the main place of worship for the American Catholic community in Rome and is located near the U.S. Embassy. The president stopped in between events at the Group of 20 world leaders’ summit taking place in the city this weekend.