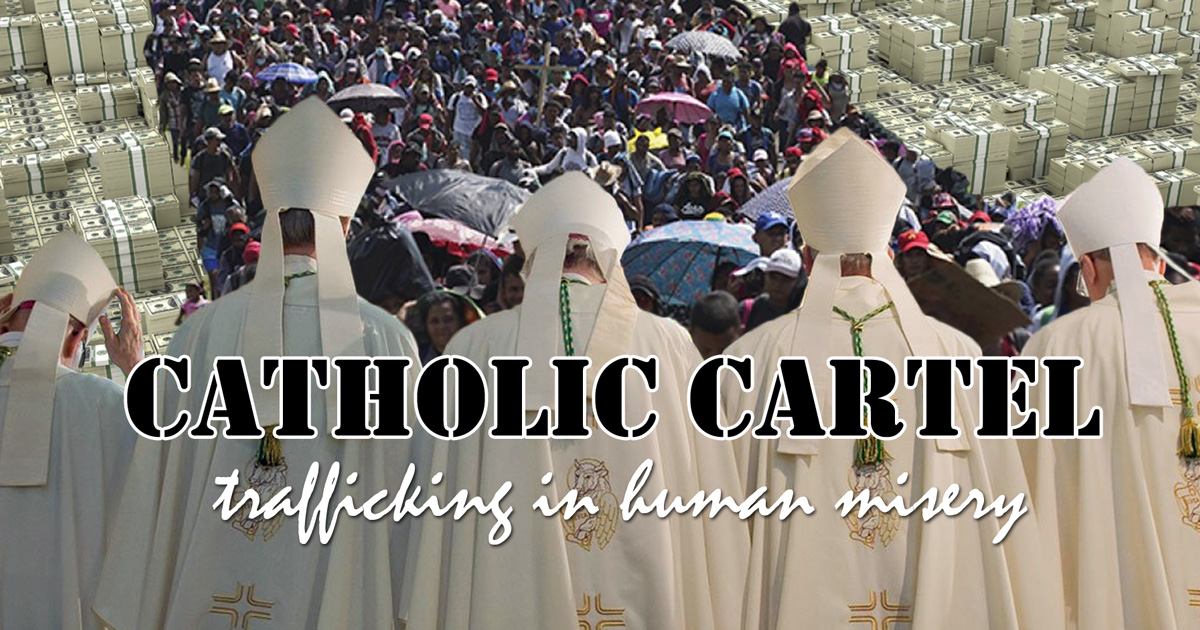 US Catholic Bishops are involved in a highly profitable partnership with the U.S. government. Behind their high-minded rhetoric, the bishops have hundreds of millions of reasons to call for more “refugees” and disregard the safety and security of the American people. Capital Research Center reported in 2018 that “the U.S. Conference of Catholic Bishops is the largest. As Table III shows, in FY 2018 USCCB received $47.7 million for resettlement purposes. However, USCCB participates in other federal grant programs and that year received a total of $363.9 million from the federal government. And 2018 was a slow year. In FY 2017, USCCB received $531.5 million.”

Indeed. LifeSite News reported in 2017: “Over the past nine years, the USCCB has received a total of $534,788,660 in taxpayer dollars for refugee resettlement programs.” Capital Research Center notes that the USCCB “administers programs as diverse as Global AIDS, Food For Peace Development Assistance, USAID Foreign Assistance, and even the John Ogonowski and Doug Bereuter Farmer-to-Farmer Program, which provides volunteer technical assistance to farmers in developing countries.”

With that kind of money involved, is it any surprise that the bishops want Biden’s handlers to act with urgency on Afghan “refugees,” and show no concern whatsoever for the possibility that they might be facilitating the entry of criminals and jihad terrorists?