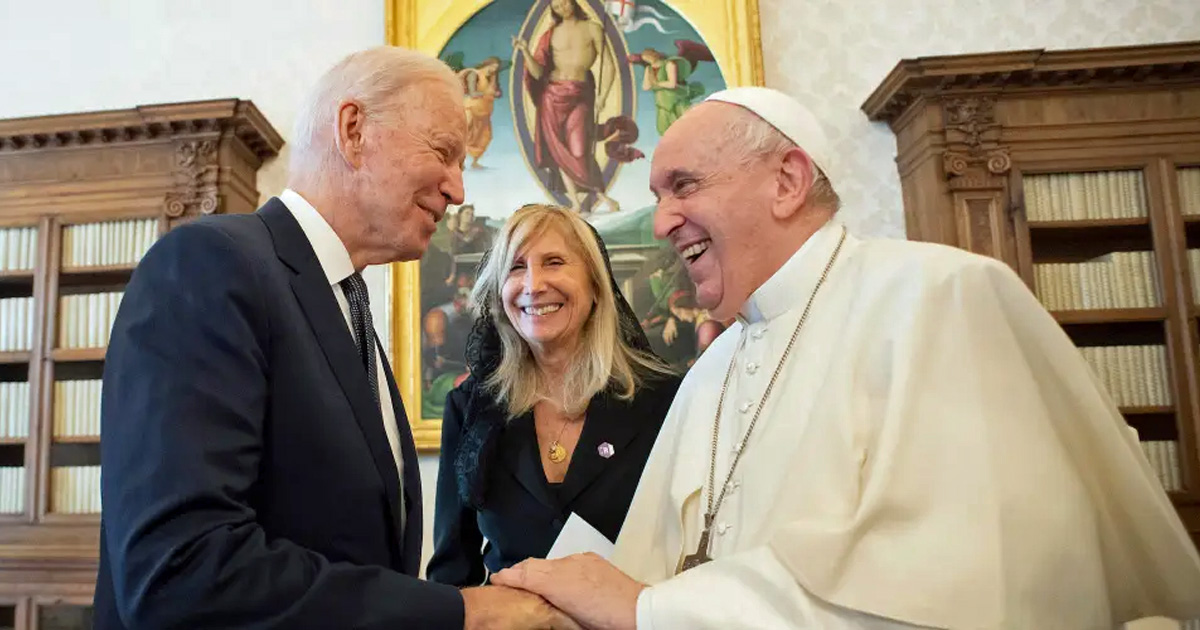 U.S. President Joe Biden said on Friday that Pope Francis had told him he should keep receiving Communion, amid fierce debate in the U.S. Church over Biden’s position on abortion.

Biden has come under pressure from conservatives at home and his most ardent critics in the U.S. Church hierarchy have said he should be banned from receiving communion, the central sacrament of the faith.

Asked if the topic of abortion came up during a long meeting with pope in the Vatican earlier on Friday, Biden said no. He said the pope told him he was happy he was a good Catholic and he should “keep receiving communion”.

The president, who goes to weekly Mass regularly and keeps a picture of the pope behind his desk in the Oval Office, has said he is personally opposed to abortion but cannot impose his views as an elected leader.