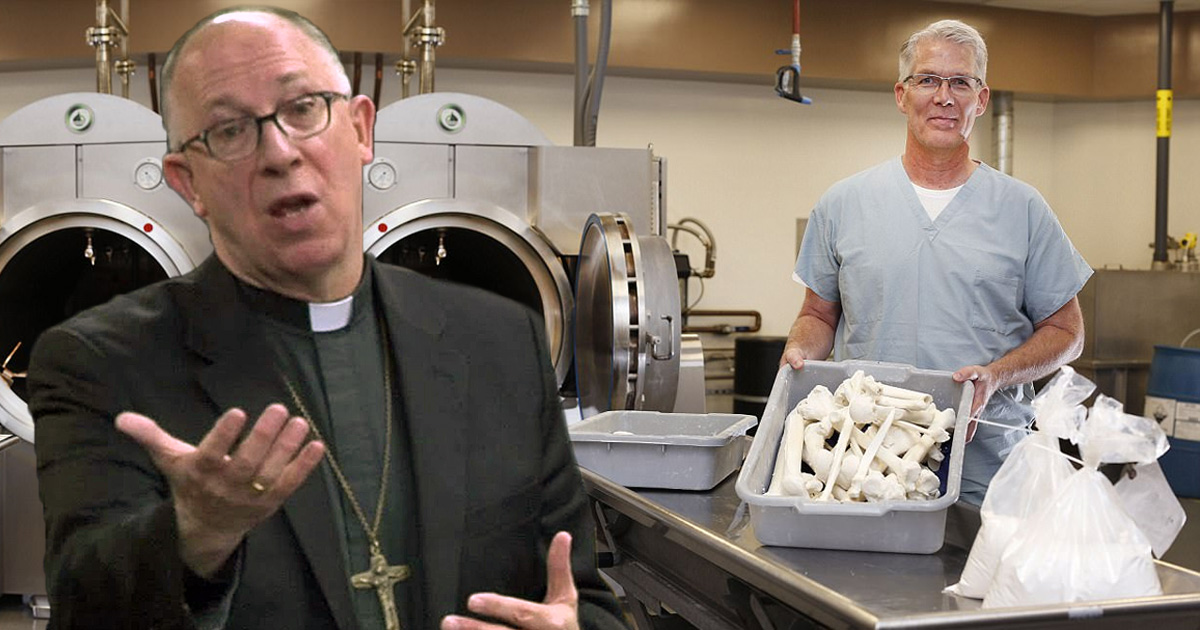 The Catholic Archbishop of Dubuque, Iowa, has written to urge the faithful to reject “traditional burial methods” in favor of liquifying a corpse in order to be less “offensive” to the earth and environment.

Archbishop Michael Jackels made the argument in a letter dated October 20 entitled “Alternatives to traditional burial methods.” Making reference to the “two people” who die every second worldwide and the 2.5 million who die annually in the United States, Jackels declared that this “makes burial practices a significant environmental issue.”

Estimates indicate that “more than 130 square miles of land” would be necessary for “in-ground burials” of those predicted to die in the next two decades, he wrote, lamenting how “natural resources” are used for the coffins and vaults, and that “ground water is polluted with embalming waste.”

Archbishop Jackels further critiqued the process of cremation, a practice forbidden for Catholics until recent decades, saying each cremation “uses about 30 gallons of fuel, and both the burning and the body itself release pollutants into the air.”

Praising the Catholic Church for being “a leader in the use of green burial,” Jackels proposed “alkaline hydrolysis” as the “green” alternative.