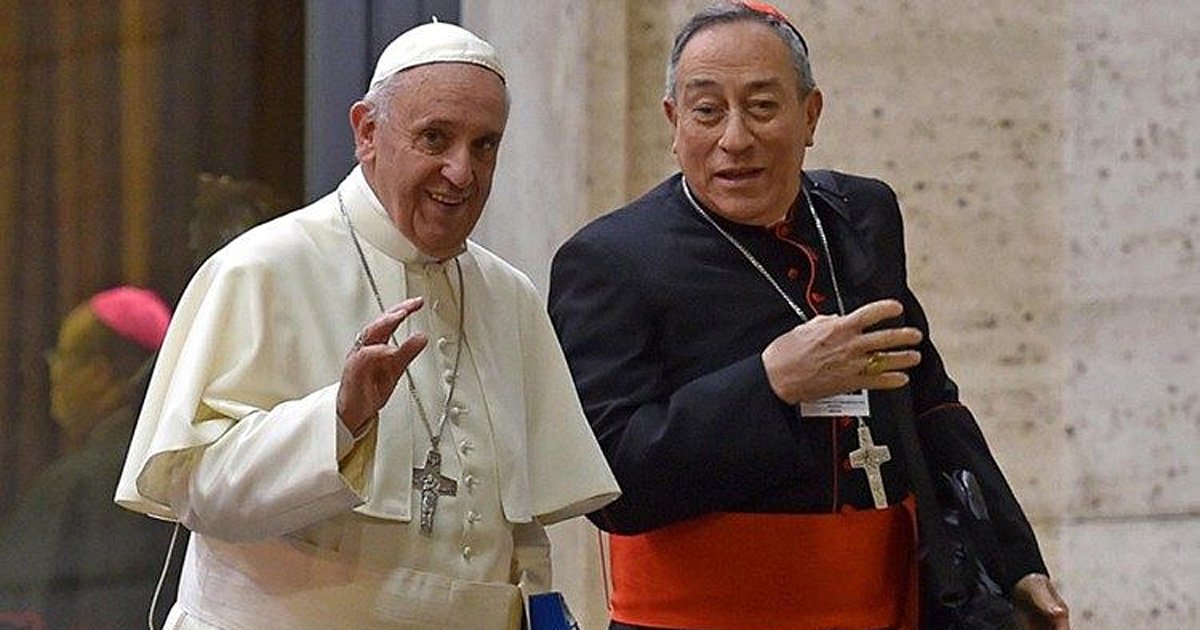 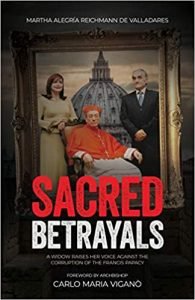 Today Cardinal Maradiaga remains in office—not only as Archbishop of Tegucigalpa, but also as chairman of the Council of Cardinals, the equivalent of a papal cabinet. He is one of the Pope’s most reliable allies, one of the world’s most influential prelates. He has apparently weathered the storm of criticism that battered his reputation a few years ago; the resignation of his auxiliary seemed to sap the energy of investigators. Yet some serious questions remain unanswered.

Those questions are raised in Sacred Betrayals, a wrenching account written by Martha Alegria Reichmann de Valladares, a longtime friend of the cardinal who has become an outspoken critic. Originally published in Spanish, the book was brought out this year by Faithful Insight publications, in a translation by Matthew Cullinan Hoffman.

The author, Martha Reichmann, is the widow of Allejandro Valladares, who served for years as ambassador from Honduras to the Holy See, eventually becoming the dean of the Vatican diplomatic corps. For years Valladares and Maradiaga were close friends, regularly visiting each other’s offices and homes. The ambassador proudly claimed that his lobbying in Rome had helped make Maradiaga the first Honduran cardinal. In the days before the papal conclave of 2013, Maradiaga spent hours at his country’s embassy in Rome making phone calls to his fellow cardinals, reportedly encouraging support for the future Pope Francis.

The friendship began to fray, however, when Maradiaga persuaded the Valladares family to invest heavily in a scheme that turned sour—and then ignored their pleas for help. Martha Reichmann tells a story of financial collapse and emotional betrayal.

But there is more. The cardinal, too, had invested in the disastrous scheme, and a closer look at his financial dealings uncovered some startling facts. The cardinal had received large monthly payments from the University of Honduras, and although the funds were supposedly intended for the Church, there is no record that they were deposited in archdiocesan accounts. The cardinal, it seems, invested the funds in European financial ventures rather than in his own cash-starved country. His auxiliary, Bishop Pineda, received $1 million from government, for which the archdiocese could not provide a satisfactory accounting.