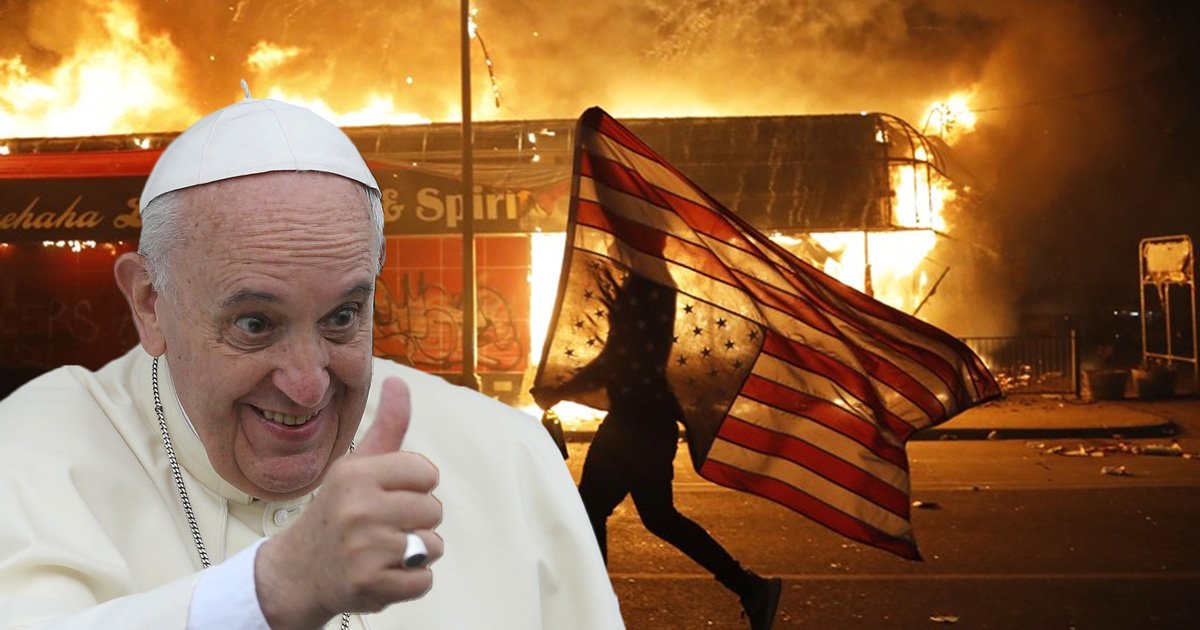 In an address to the Fourth World Meeting of Popular Movements on Saturday, Pope Francis advocated for the destructive “protests” which broke out in the wake of George Floyd’s death in 2020, describing those involved in the movement as “collective Samaritans.”

The Pope’s comments came as part of a longer speech on social justice, part of which he devoted to urging “all the great pharmaceutical laboratories” to open their patents on the COVID-19 jabs as “a gesture of humanity,” despite their connection to abortion.

His comments were addressed to the members of popular movements, an initiative created by the Pope and which describes itself as “grassroots organizations and social movements established around the world by people whose inalienable rights to decent work, decent housing, and fertile land and food are undermined, threatened or denied outright.”

Francis addressed the members as “socials poets,” since he said they “have the ability and the courage to create hope where there appears to be only waste and exclusion.”