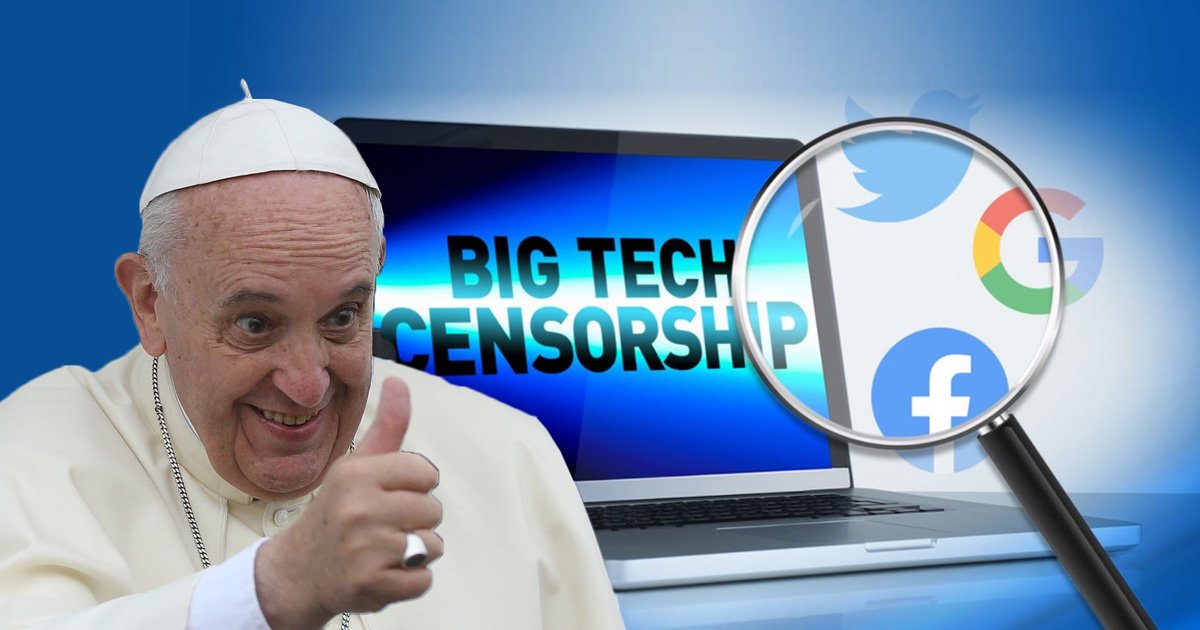 Pope Francis wants Big Tech to ramp up its censorship campaign of competing ideas and conversations that challenge accepted narratives, asking “in the name of God” that “technology giants” put a swift end to the spread of “fake news” and “conspiracy theories.”

The comments came as part of his 38-minute long video message on Saturday to the World Meeting of Popular Movements, an initiative created by the Pope which purports to uphold “social justice” around the world.

The group describes itself as “grassroots organizations and social movements established around the world by people whose inalienable rights to decent work, decent housing, and fertile land and food are undermined, threatened or denied outright.”

In a nine-fold litany of social justice-fueled pleas, the Pope appealed “in the name of God” to pharmaceutical labs, financial groups, food corporations, the mining industry, arms manufacturers, technology giants, telecoms giants, the media, and “powerful countries” to all join his campaign to see liberal policies, such as a universal basic income and “the reduction of the working day,” implemented on a worldwide scale.