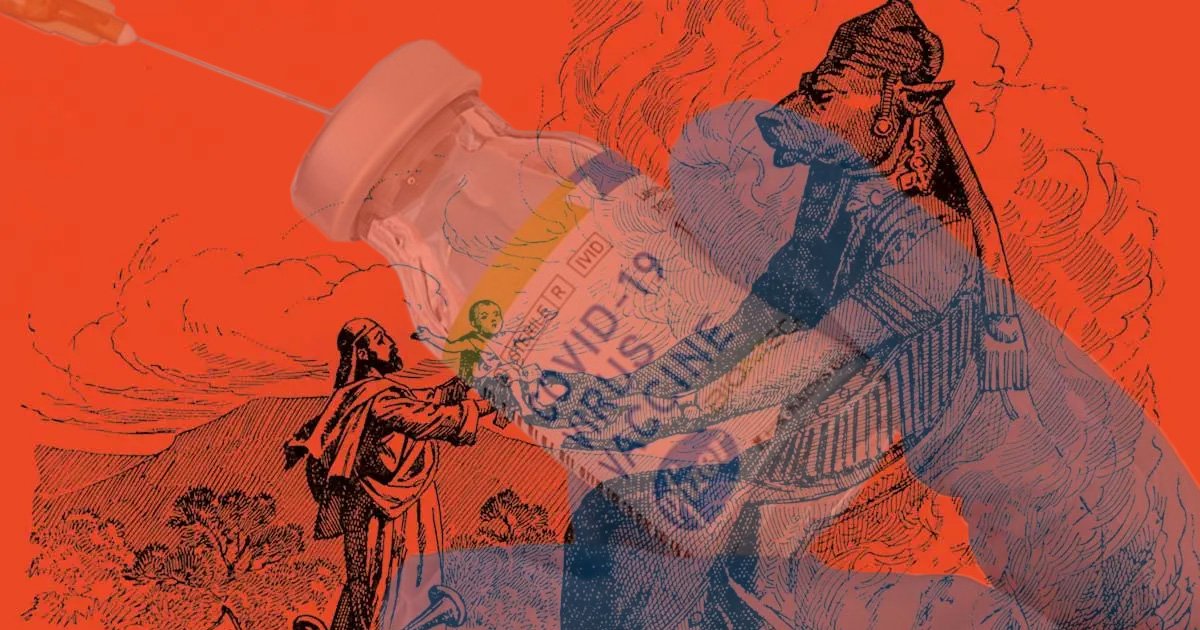 Any Bishop refusing to support vaccine exemptions after reading this are truly complicit in this crime.

On October 6, with the help of James O’Keefe’s Project Veritas (PV), a whistleblower at Pfizer revealed, in leaked internal emails, that company executives have been, in PV’s words, “telling staff to be secretive about the use of human fetal tissue in laboratory testing of the COVID vaccine.”

The video cites an email from the company’s senior director of worldwide research admitting that “One or more cell lines with an origin that can be traced back to human fetal tissue has been used in laboratory tests associated with the vaccine program.” The firm’s chief scientific officer specifically identifies the cell line involved as “HEK293T cells … (which) are ultimately derived from an aborted fetus.”

Pfizer’s resistance to disclosing the roots of its vaccine’s origins seems inexplicable for at least three reasons.

One would think that these three factors, especially the Pontiff’s de facto blessing, would have caused Pfizer to promote, or at least strongly defend, its use of the HEK293 cell line as another shining example of scientific advancement resulting from human fetal tissue research.

The details of HEK293’s brutal – and from all appearances, until very recently, largely undisclosed – origins explain the company’s deep discomfort. Contrary to nearly a half-century of misrepresentation and obfuscation, HEK293’s creation did NOT arise from an “abortion” as everyday people understand it.

A very recent development serves to confirm this.

In August, the University of Pittsburgh effectively made a horrifying admission. The Center for Medical Progress, which had to enlist the help of Judicial Watch before the university would respond to its Freedom of Information Act request, explained that the school’s GUDMAP program (full name: GenitoUrinary Development Molecular Anatomy Project), with the help of area Planned Parenthood abortion providers, was “allowing babies, some of the age of viability, to be delivered alive, and then killing them by cutting their kidneys out.”

Everyone reading this article should surely agree that once a baby is delivered alive, killing it should no longer be considered an abortion. Killing a delivered-alive baby is textbook infanticide.

Pitt’s researchers and Planned Parenthood had to resort to this gruesome butchery because it is the best and likely the only way to harvest certain usable body parts, particularly kidneys. Harvesting viable kidneys requires continuous blood flow, which in turn requires a beating heart, which in turn requires that the baby be alive (or at the very least almost always) outside the womb when the kidneys are removed.

The HEK293 line was created in the early 1970s. Months before the University of Pittsburgh’s admissions, AnnaMaria Cardinalli, an extraordinarily perceptive and conscientious writer, detailed the damning truth about its origins at Crisis Magazine in January:

In email correspondence, Ms. Cardinalli indicated, based on her own discussions with medical experts and “the test of reason,” that in her view, “we are genuinely speaking of clear infanticide, not abortion.” In her article, she also indicated that she fears that “Pope Francis and Pope Emeritus Benedict may not have had this information when they received the vaccines.”

Continue reading at the Gateway Pundit

TAKE ACTION: Share this report with your bishop and ask him to support vaccine religious exemptions.