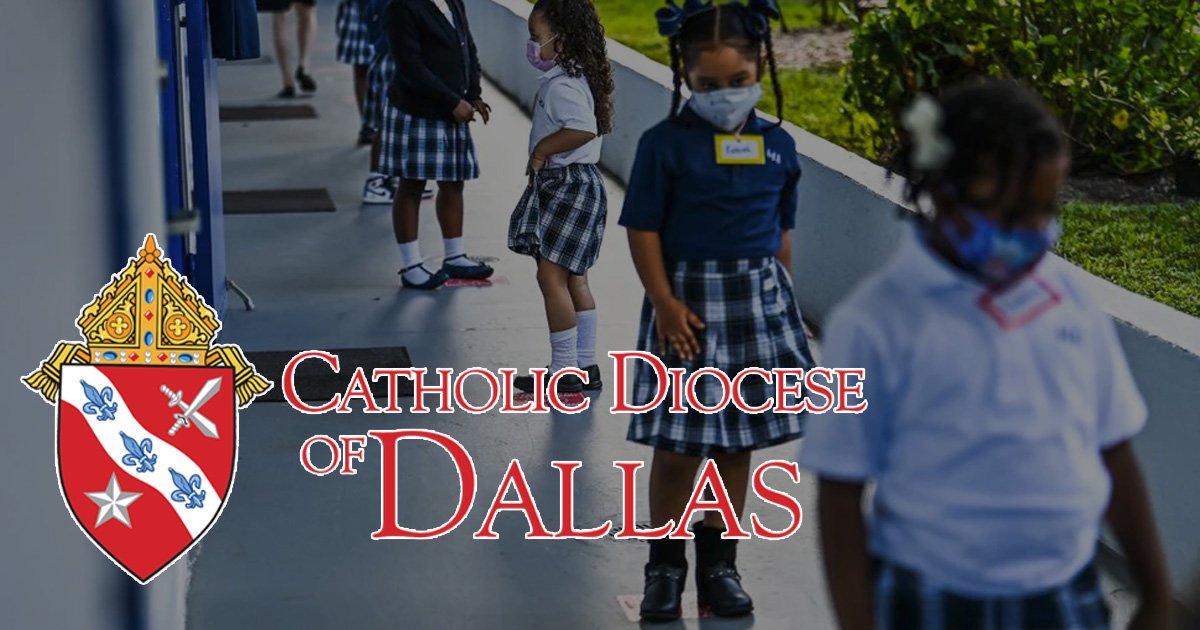 As Catholic parents in Dallas put their kids to bed on August 9, they received a surprise email from the Dallas diocese informing them that face masks would be required for all students at diocesan schools the next day on the first day of school.

The letter cited the “clear and present danger for unvaccinated children” from the delta COVID variant as well as rising virus cases in Texas. The Diocese of Dallas Catholic Schools has about 15,000 students at 31 schools.

Several blindsided parents immediately complained. One father of four told The Daily Wire he was so “beside myself” he drove to his children’s diocesan school that same night hoping to find someone to speak to about the mandate even though it was the end of the day. Eventually he found the school pastor, who, he said, appeared “at least as frustrated” as he was.

TAKE ACTION: Contact Bishop Burns and let him know what you think about his actions.