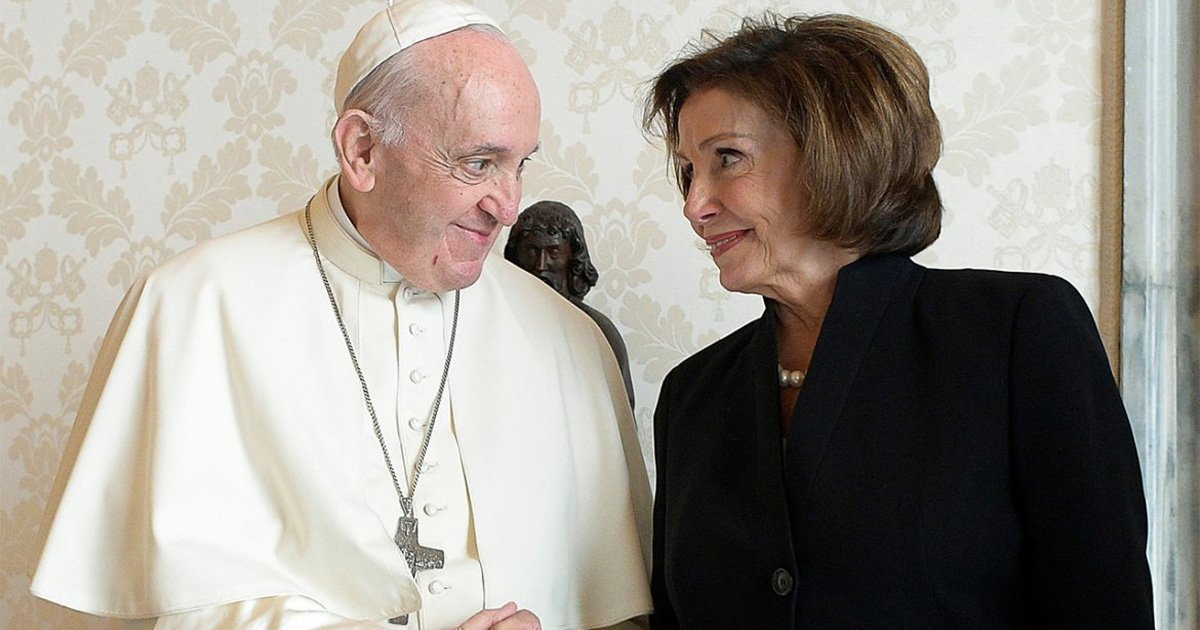 The Vatican certainly rolled out the red carpet for Nancy Pelosi. The blood-red carpet, you might say.

Even as Archbishop Salvatore Cordileone was urging faithful Catholics to pray for the wayward Speaker, that she might have a “conversion of heart,” a smiling Pope Francis was greeting her at the apostolic palace, giving the world no indication that he is troubled by her outspoken promotion of abortion on demand.

Archbishop Cordileone—Pelosi’s archbishop—has told the world that the Speaker’s support for abortion is incompatible with her Catholic faith. But her photo-op with the Supreme Pontiff will likely cancel out whatever impression the archbishop’s appeal has made on the general public.

RELATED: How Do You Solve A Problem Like Pelosi?

Less than a month ago the Pope told journalists that “abortion is murder.” Now he greeted one of America’s leading supporters of the practice. His meeting with Pelosi was markedly warmer than his grim-faced meeting, some months earlier, with former President Trump. For that matter, he made more time for the Speaker than he has made for the cardinals who pressed with questions on urgent doctrinal issues, in the dubia. Obviously Pope Francis is capable of conveying disapproval, either by refusing to meet with prominent individuals or by sending an unmistakable message with his body language during the obligatory photo. No hint of such disapproval was shown with Pelosi.