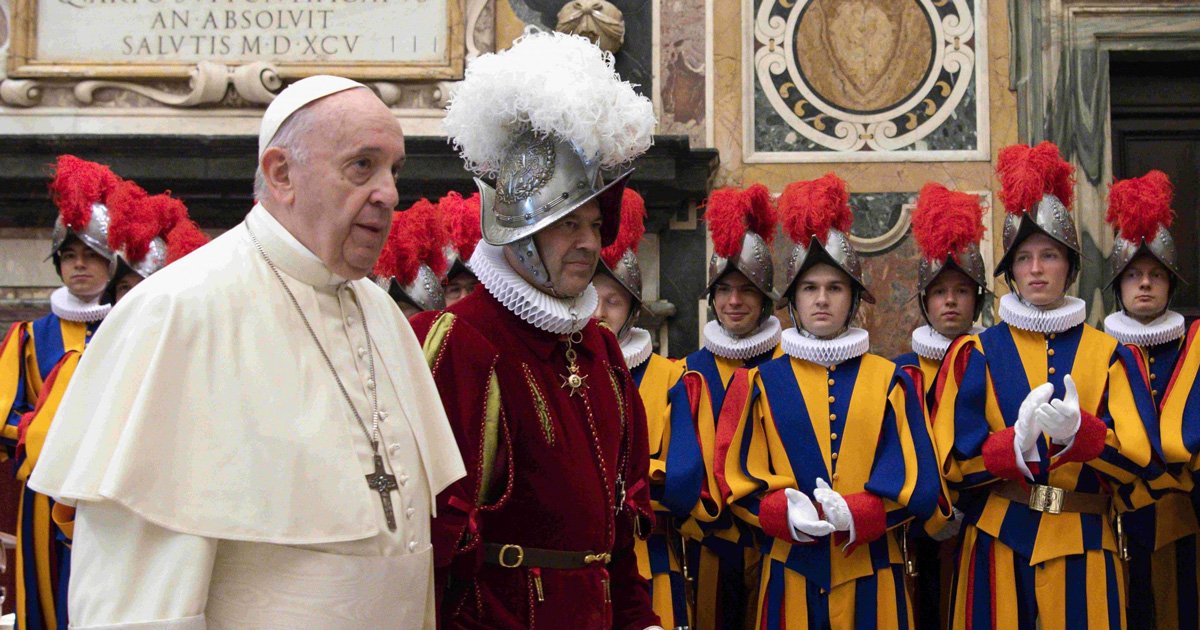 A soldier who quit the Pontifical Swiss Guard as a conscientious objector is pointing the finger at Pope Francis for discriminating against the guardsmen and blackmailing them into taking the abortion-tainted vaccine.

In an explosive interview published Sunday, the 24-year-old Catholic says the order to vaccinate the guardsmen and fire soldiers who resisted came directly from Francis.

“[My superiors] summoned me. In his office, the commander, who was disappointed and distressed, explained to me that it was definitive; the unvaccinated guards had to leave,” Pierre-André Udressy told Italian media Renovatio21.

The commander “informed me that the decision came not only from the Secretariat of State, but from the authority of the Vatican,” the soldier said. “I got a letter telling me I had until Oct. 6 get the vaccine or quit. After that date, I would be dismissed.”

Asked if the order came from the pope, Udressy responded: “It is so.”