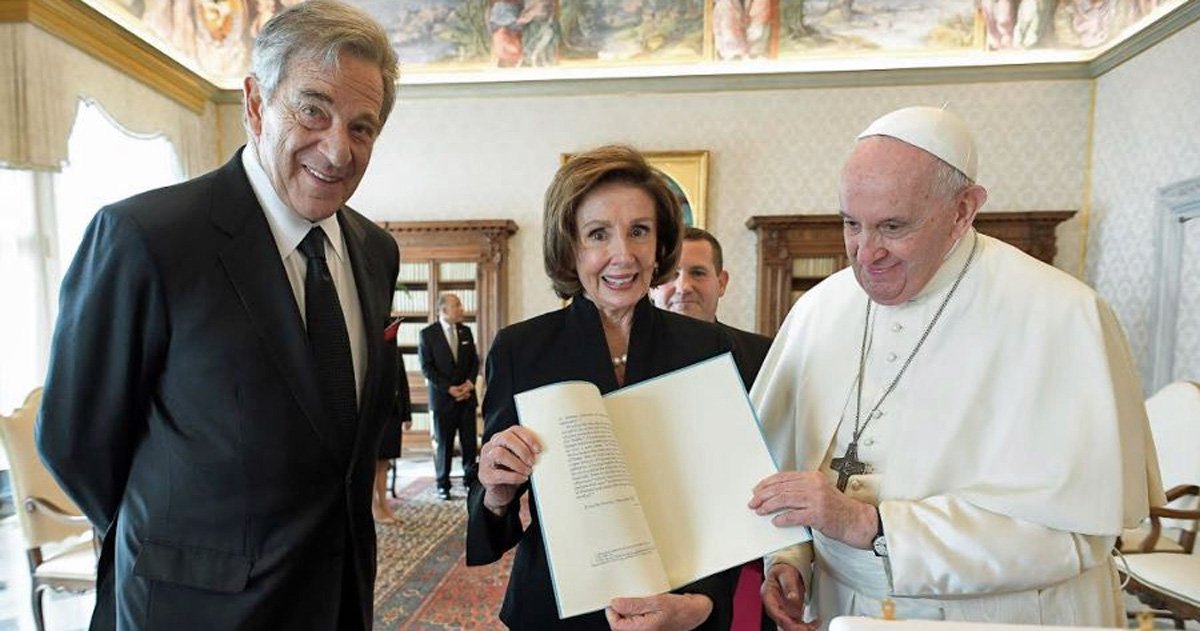 Pope Francis has met with House Speaker Nancy Pelosi, the Democrat politician often at the centre of controversy over her support for abortion.

The Vatican had released no information about what the Pope and Mrs Pelosi discussed together on Saturday in line with its usual custom for papal meetings with non-heads of state.

But it noted the audience in its daily bulletin, saying that the House Speaker was accompanied by her husband, the businessman Paul Pelosi, and entourage.

Photographs released by the Vatican showed that Pelosi also met with Secretary of State Cardinal Pietro Parolin and “foreign minister” Archbishop Paul Gallagher, formerly a priest of the Archdiocese of Liverpool.

The first Italian-American Speaker of the House was in Rome to give the keynote address at the opening session of the G20 Parliamentary Speakers’ Summit. She also met the Italian Prime Minister, Mario Draghi.

The day before her audience with the Pope, the 81-year-old discussed the environment, migration, and human rights during a visit to the Vatican.

In a statement after the papal audience, Pelosi described her meeting with the Pontiff as a “spiritual, personal and official honour”.