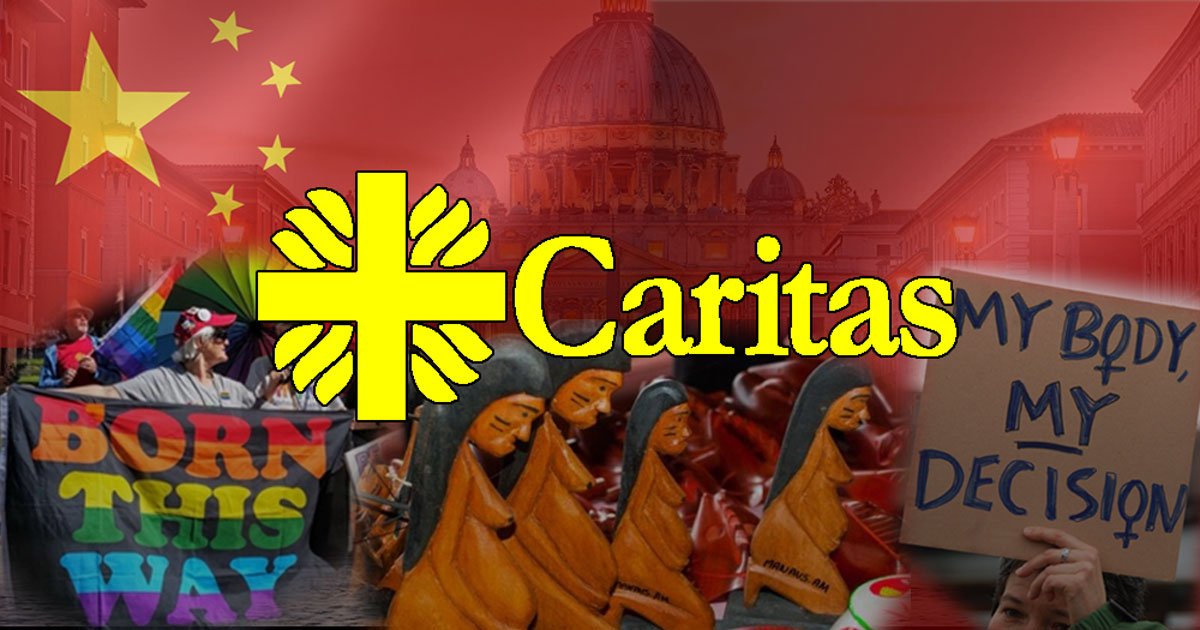 The Vatican’s largest charitable agency, Caritas Internationalis, is on the governing body of a communist organization that promotes abortion, LGBT activism, and veneration of the Pachamama, says a new report from the Lepanto Institute.

“This past year, with permission and support from the International Council, several video presentations were given at the World Social Forum, celebrating the legalization of abortion in Argentina and outlining plans to push for the decriminalization of abortion in other Catholic countries,” said Michael Hichborn, president of the Lepanto Institute. “We also found a multitude of social media posts by the WSF’s International Council promoting abortion, LGBT activism, and outright Marxism.”

“Perhaps the most disturbing thing we found were pagan rituals venerating the Pachamama, calling for it to bless the endeavors of feminists as they fight for abortion,” Hichborn added. “Can it be a coincidence that the references to this pagan deity are being made by an organization whose governing body includes Vatican representation? The same Vatican that just the year before enthroned the Pachamama in the Vatican gardens and on the very altar of St. Peter’s basilica?”

The current president of Caritas Internationalis is Cardinal Luis Tagle, who is the Vatican’s Prefect of the Congregation for the Evangelization of Peoples.

“I personally delivered a detailed report on Caritas’ involvement with the World Social Forum to Cor Unam in the Vatican in 2014,” said Hichborn. “At the time, the head of Cor Unam was Cardinal Robert Sarah. Within months of that meeting, Cdl. Sarah was removed from Cor Unam and made prefect of the Congregation for Divine Worship and the Discipline of the Sacraments. And now, Caritas and the WSF are so much worse than they were in 2014.”

Another Catholic agency called CIDSE is also on the International Council of the WSF.

“In 2004, both Caritas and CIDSE gave a presentation at the World Social Forum on the question of ‘how to redistribute power and wealth globally,’” said Hichborn. “The bottom line is this: Caritas Internationalis and CIDSE are on the governing body of a Communist organization that is engaged in Pagan worship, and celebrates the decriminalization of abortion all over the world while actively fighting against the Catholic church’s stand against grave evil. This has got to stop!”

Read the rest at The Lepanto Institute