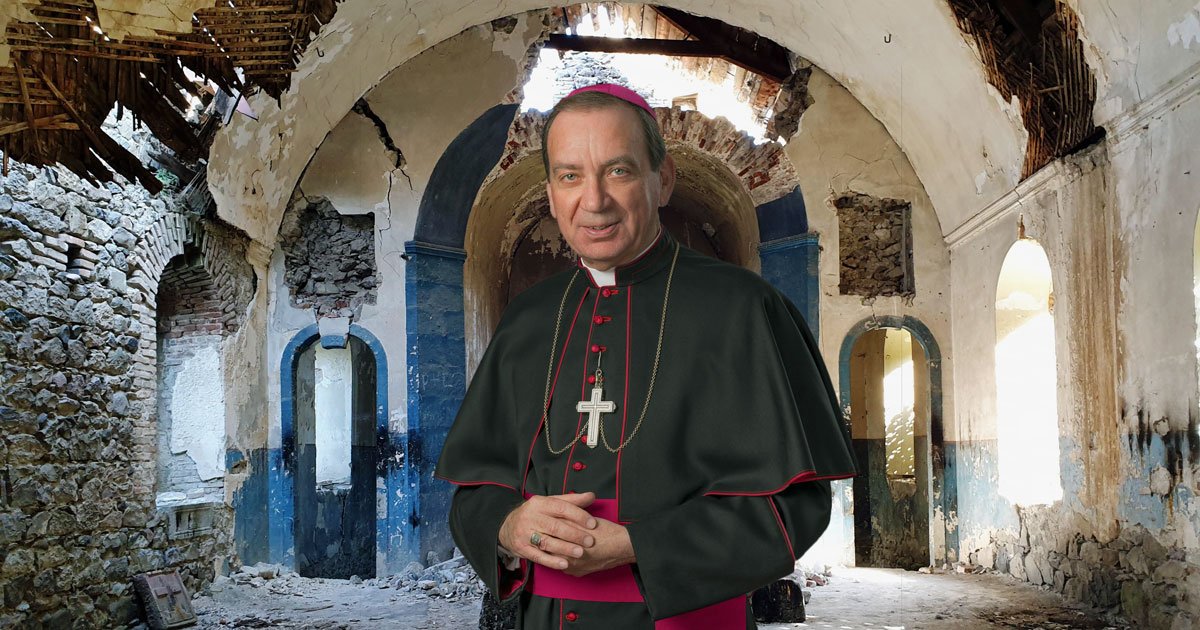 The diocese of Cincinnati has announced a plan to restructure the diocese and eventually eliminate 70% of the parishes.

The “New Evangelization” is a Vatican call from some years back to Catholics to re-dedicate themselves to evangelizing. From the Cincinnati newspaper’s report:

The Archdiocese of Cincinnati on Friday launched one of the most ambitious reorganizations in its 200-year history, potentially changing when and where almost a half-million Catholics attend Mass, school and other activities connected to their faith.

Known as Beacons of Light, the restructuring process will combine the archdiocese’s 208 parishes into 60 “families of parishes,” which will begin sharing priests and resources as early as next year.

“Beacons of Light” — gotta love the way the Archdiocese is trying to brand failure as hope. More from the story:

Nowhere has that point been made more clearly than in a 177-page report prepared earlier this year on the archdiocese’s population, finances and schools.

According to the report, Mass attendance in the archdiocese declined 22.5% between 2010 and 2019, Catholic school enrollment fell 14% over the same period, and the number of priests, which has been declining for decades, was projected to drop another 18% by 2031.

The report also found the archdiocese’s demographics continued to shift unfavorably. The Catholic population here is getting older – baptisms declined 19% in the past decade – and the Catholic share of the population fell from 14.2% to 11.9%.

Schnurr said he’s optimistic the archdiocese is turning things around. He said the seminary’s enrollment has doubled from 30 to 60 in the past decade and most parishes are on solid financial footing.

But the report concluded that much of the archdiocese today is built for a world that existed a century ago. To prepare for the next century, [Archbishop] Schnurr said, big changes are needed, even if they’re difficult.

Read it all. I may be poking fun at the Archbishop for the branding, but I don’t doubt that he and other local church officials are dealing with a real crisis — the gravity of which ordinary Catholics don’t often appreciate. Twenty years ago, when I lived in New York City, I was talking with a local priest who told me that most of the city’s Catholics have no idea how radically things were going to change for them over the next thirty to forty years. He said that the shrinking numbers of priests and of practicing Catholics was going to compel the closure of many parishes. It’s not that the archdiocese wants to do this, but that there is not a pot of leprechaun gold under the main altar at St. Patrick’s Cathedral, so what choice do they have?