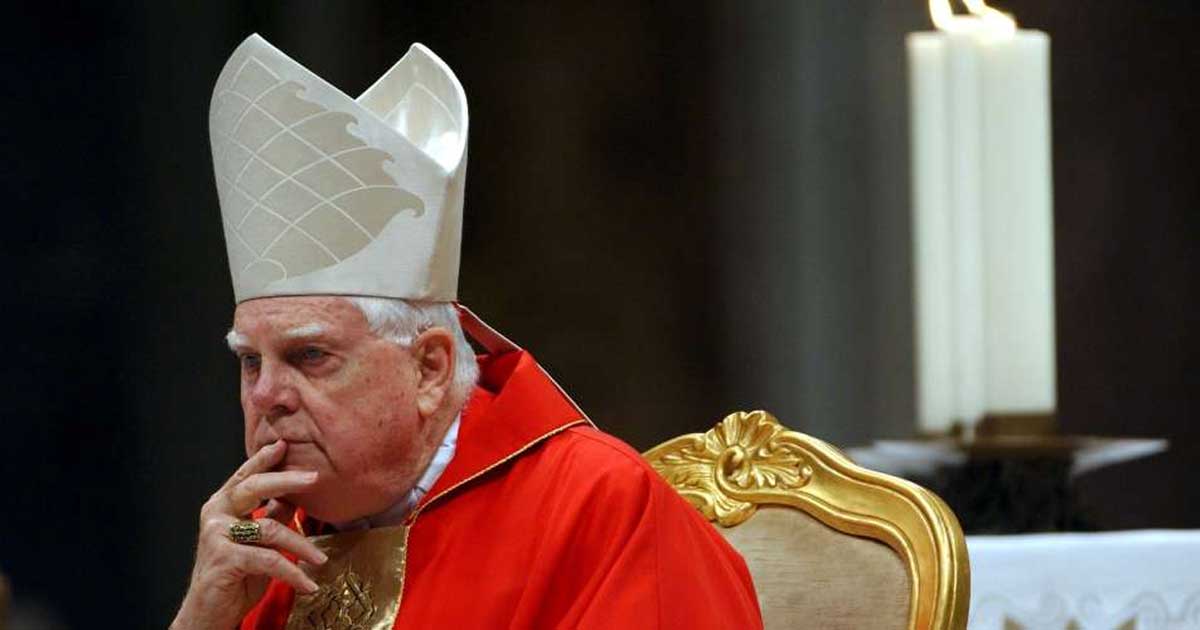 The Spotlight Team revealed the church’s secret protection of pedophile priests in a series with global repercussions.

[Photo above: A man protesting against Cardinal Bernard Law faces a group of pro-Law protesters on the steps of the Cathedral of the Holy Cross in Boston in April 2002. – Michael Dwyer/AP/File]

On his first day on the job in July 2001, Globe editor Martin Baron stopped by the desk of Eileen McNamara, a Pulitzer Prize-winning columnist. A week earlier, McNamara had published a column about the Boston Archdiocese’s silence on three priests accused of sexually abusing children. One line, in particular, had irked Baron. McNamara had wondered whether an accused priest’s superiors had known about his crimes. Court documents were sealed. “The public,” she concluded, “has no way of knowing.”

McNamara recalls Baron standing over her desk: “Why don’t we find out,” he said.

Spotlight’s investigation of sexual abuse in the Catholic Church did not begin with a tip or newly obtained document, as so many investigations do. Instead, it started when a new Globe editor spurred his newsroom to action. After telling the Globe’s senior leaders he intended to pursue the story, Baron asked Spotlight editor Walter V. Robinson to make sexual abuse by priests his team’s next project.

Robinson, a three-decade newsroom veteran, was taken aback. “Editors never told the Spotlight Team what to do,” Robinson says. “The Spotlight Team told the editor what it was going to do.” But it was clear that this wasn’t a debate. Robinson returned to Spotlight’s office and instructed his team — Michael Rezendes, Sacha Pfeiffer, and Matthew Carroll — to get to work.

The story wasn’t new to them. The Globe had been covering the abuse cases for a decade, and other outlets had been on the story for even longer. “I always remind people we didn’t reveal the existence of priest sex abuse,” Rezendes says. Rather, Spotlight set out to do what it does best: reveal the systemic problem behind the individual stories. “What we did that was new,” Rezendes continues, “was show the scale of the issue and the coverup.”

The team’s first guide was Phil Saviano, a survivor of clergy sexual abuse himself who founded an advocacy group for other survivors. That August, Saviano visited Spotlight’s office and delivered what he calls “a graduate-level seminar in clergy abuse.” During the next month, reporters carried out some of the project’s most grueling work: speaking with victims. Pfeiffer remembers middle-aged men sobbing at their kitchen tables. Rezendes met with victims and their families at the office of Boston lawyer Mitchell Garabedian. “Everyone was crying and sometimes screaming,” Rezendes recalls. “It was horrific.”

But this was a Spotlight project. Wrenching individual stories were not enough. Reporters needed to know how widespread the rot was — and how far up it reached. One valuable source was researcher Richard Sipe, a former priest himself, whose work suggested that 7 percent to 10 percent of Boston-area priests might be sexual predators. Those figures stunned the reporters. Moreover, Sipe told them, the church often quietly shuffled predator priests from one parish to another, to sidestep accusers. That tip inspired the team to comb through years of the archdiocese’s annual directories. Carroll created a database to search for hidden reassignments.

Larger questions still loomed, however. Who was shuffling these priests around? Who else knew about it? For Rezendes, the key to unlocking those mysteries was Garabedian, who suggested looking through documents filed in a lawsuit against the Rev. John Geoghan, a notorious serial pedophile. Buried in this cache was a smoking gun: a 1984 letter from Bishop John D’Arcy to Bernard Law, who would become cardinal the next year. D’Arcy criticized Geoghan’s latest reassignment and cited the priest’s “history of homosexual involvement with young boys.”

Holy shit, they knew, Rezendes thought when he read those words. They knew, and they let it happen.

Continue reading at the Boston Globe